Retail sales cratered in April, but there’s some hope for the future

Shopper visits to stores in the U.S. and Canada are at about half of last year’s levels as businesses reopen after more than two months on lockdown.

Foot traffic at North American retailers has risen for nine straight weeks as growing numbers of stores restart operations. Consumers’ return accelerated in the week ended June 19, though visits are still down about 52 per cent compared to the year prior, according to location-data provider Prodco Analytics.

The decline of shopping traffic began near the start of the year as the virus’s spread was confirmed. In March, major retailers temporarily shut nearly 50,000 stores over 10 days in the U.S. alone. As the pandemic worsened in April, store traffic plummeted nearly 98 per cent. 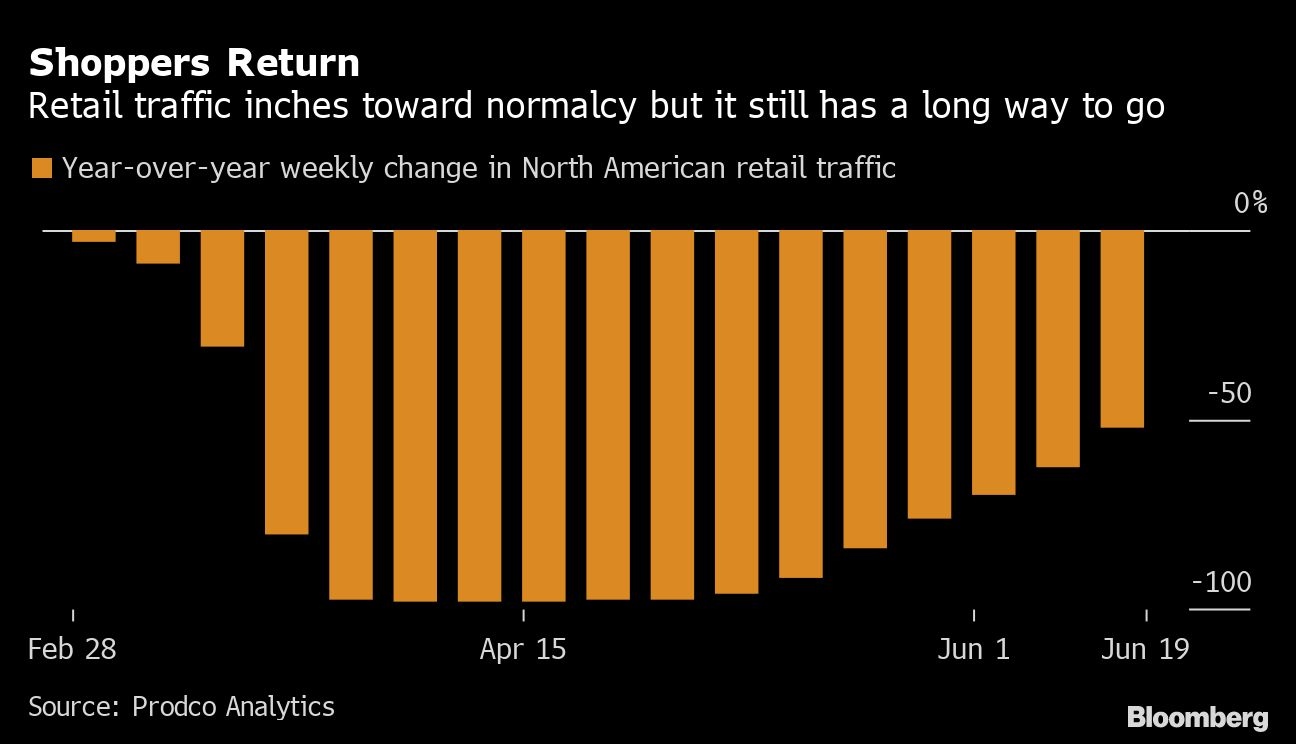 With widespread store closures and shifts in consumer behavior expected through the rest of the year, some stores may never be revived. As many as 25,000 could permanently close this year in the U.S., which would far surpass the record 9,800 closures from 2019, according to a report from retail and tech data firm Coresight Research.

Stores may be open again, but they don’t look the same. At Kohl’s Corp., which has virtually all its locations back in business, its stores are outfitted with Plexiglass barriers and employees are constantly wiping down pin pads and shopping carts.

High-end department store Bergdorf Goodman in New York is only letting shoppers inside for private appointments. Saks Fifth Avenue will welcome shoppers to its Manhattan flagship on Wednesday with ultraviolet handrail cleaners and limited elevator usage.