Central banks rather than giant tech companies are considered the preferred issuers of digital currency, according to a survey published by Omfif.

While Mark Zuckerberg‘s Facebook Inc. may be banking on its large international user base to launch cryptocurrency Libra, the poll for the Official Monetary and Financial Institutions Forum found there’s more faith in central banks. More than half said they’d prefer a digital currency issued by their monetary authority. Major internet technology companies were the least trusted, with a rating of just 37 per cent.

“Respondents globally expressed a lack of confidence in digital money issued by a tech or credit card company, particularly respondents from advanced economies,” the survey of 13,000 people in 13 countries found.

Having blasted Bitcoin with monikers including “the evil spawn of the financial crisis,” central bankers are now beginning to explore the novel field of digital currencies. 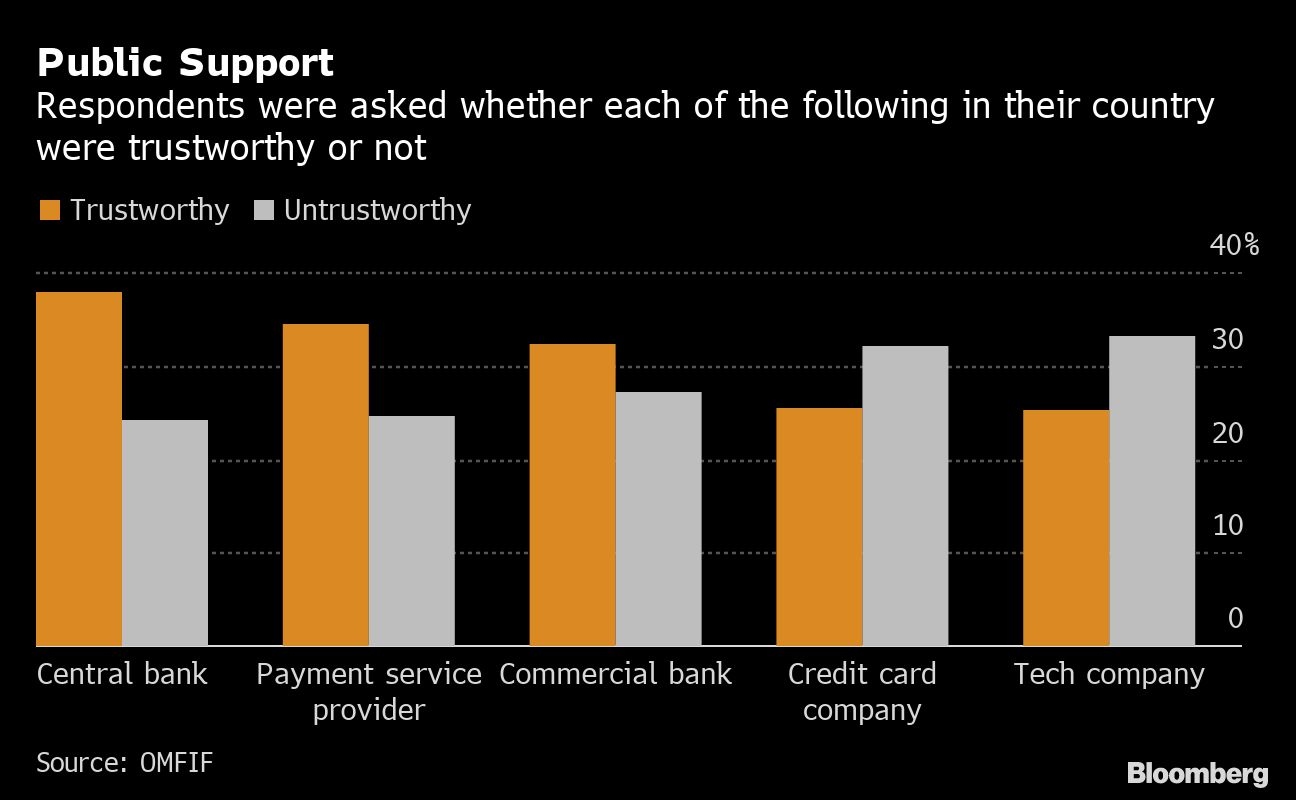 A Bank for International Settlements survey determined that an increasing number were looking into issuing a new medium of exchange. Bank of England Governor Mark Carney laid out a radical proposal for an overhaul of the global financial system that would eventually replace the dollar as a reserve currency with a Libra-like virtual one.

As for Facebook, its digital currency plans have been met with skepticism. Authorities are concerned about users’ privacy, risks it could be exploited by criminals, and the threat it may pose to major currencies’ sovereignty.