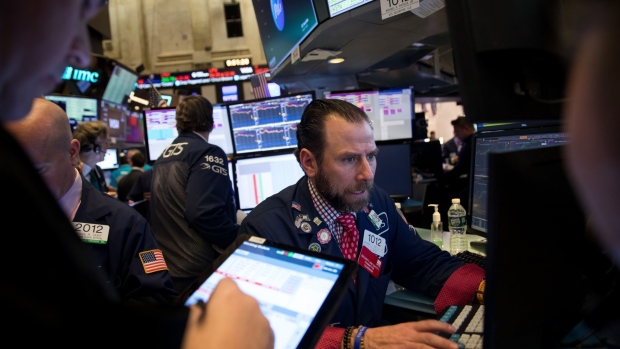 I’m glad it’s the weekend…this seems to have been a VERY long week! All of us have seen our lives turned upside down, including daily routines that now feature a different list of chores and duties than we had ever dreamed. Now, when the stock market quotes are no longer bouncing around, here are a few thoughts investors should consider and items to monitor to help understand where markets could go from here.

The issues and where are we:

Unless U.S. President Donald Trump is able to convince Saudi Crown Prince Mohammed bin Salman to change his mind, I believe there’s a good chance that the price wars could persist for at least another two-to-three months.

If this is the case, Alberta and Newfoundland and Labrador are likely to experience depression-like conditions.

Mid-day Thursday there was talk that Texas would institute curtailments, chat that helped oil have its biggest daily per cent gain ever. But who knows!

The bottom line is that a decline in the price of oil of the magnitude we’ve witnessed introduces a highly deflationary shock to a world already struggling to create growth and inflation given the challenges we’ve talked about many times, catalyzed by too much debt and unfavourable demographics.

I’m watching swap spreads, dollar basis, credit spreads, mortgage-backed securities yields and volatility to monitor the progress being made on the liquidity front.

Spreads are beginning to show some signs of stabilization, but at a minimum we should expect it to be another few weeks before we could potentially form the opinion that the worst is over.

As for credit, central banks have talked the story of being “all in”; but it takes time to put in place the logistics for them to be able to act on those words. For example, it will take a week or more for the Fed to be able to buy corporate debt. And markets will demand proof that central banks will actually buy anything, and in any amount, that is put to them – hence we need more time for this to actually happen.

Lastly, judging by rates on 30-year mortgage-backed securities and muni bonds, it appears there are also still segments of the markets that believe the Fed still has to do more.

But take note: the Fed’s balance sheet has expanded from US$3.7 trillion in mid-September to a new all-time high of $4.7 trillion the other day. Bottom line: a work in progress…but moving in the right direction.

Bits and pieces from various governments (unfortunately nothing has been co-ordinated), and to date it’s just been plans to send cheques to portions of the populations.

Markets demand visible signs that governments will backstop corporate defaults, a very complicated action to plan and implement – though it’s good to see that Germany may finally step up to the plate, having announced a 500-billion euro rescue fund for corporate Germany.

Bottom line: Fiscal plans are not as far advanced as developments on the monetary front, partially because Trump fumbled the ball big time out of the gate. But there are signs we’re inching in the right direction.

Speaks for itself that we need to hope that the optimists are right: IE, that its growth can be arrested during the next six weeks. In fact, these same folks are suggesting that we may see a peak in the growth of reported cases this weekend in Italy. Let’s hope that’s true.

So all in all, notwithstanding Friday’s ugly close, the macro is beginning to show signs that the environment will improve, but we’re not there yet!

As for the markets:

1) Selling has been indiscriminate, undoubtedly exacerbated by 1) margin calls and leverage, and 2) huge uncertainty as to the impact on businesses.

It started with large outflows from risk parity, Commodity Trading Advisors, hedge funds. And, according to JP Morgan, the recent 10 per cent daily moves we’ve witnessed have been driven by players being inappropriately positioned in the highly leveraged derivatives market and the collapse in liquidity.

At Friday’s closing price of 2,337, the S&P 500 is trading at 15.8x that estimate of 2020 earnings per share. As this valuation level remains three multiple points above the valuation level that equity prices bottomed at during the troughs of 2008 and 2011, investors need to acknowledge that additional downside risk remains to the price of the market.

3. While we’ve yet to experience the cathartic plunge, it’s likely we’re near the end of this stage of the bear market for the following reasons: 1) Notional exposure amongst quantitative hedge funds such as risk parity players are purported to have been cut by as much as 50 per cent, 2) In the near future, it’s logical to expect that the actions taken by central banks should contain volatility, and, 3) Various types of money managers who adhere to fixed income versus equity allocations are likely to begin to rebalance, and the potential size of such rebalancing is well into the trillions of dollars. On this last point, the equity versus bond investment gap is back to levels last seen during 2010.

4. Private credit: My hunch is that investors will have to be very selective as to what buckets of private credit merit continued investment, especially given the now highly competitive yields offered by many high quality publicly-traded companies.

There’s little question that risks remain, specifically 1) overestimating the ability of society to stem the rate of growth in the COVID-19 case count and 2) not seeing decisive and gargantuan enough fiscal efforts in a timely fashion by the Trump administration.

6. And yes, once things quiet down, and the U.S. dollar eases off, gold will regain its luster within a portfolio.

What are we doing in the Forge First funds:

3) Speaking with senior management of many portfolio companies

4) Researching companies in industries that we are targeting to allocate fresh capital to, with a bias towards the U.S. (yes, we’d hedge the FX!)

5) It’s our expectation that the first leg of an eventual turn will be in large cap, dividend-paying growth companies

Exclusive of the worst-case scenario with the virus becoming reality, and beyond expected continued volatility in the near term, the medium-term risk-reward outlook for equities, both absolute and relative to bonds, is becoming asymmetric to the upside.

Consequently, for investors who wish to invest fresh capital in markets, the strategy of dollar cost averaging makes sense. Say you want to invest $100. Use of this tactic would see you invest $25 at a time, on four separate occasions. Since timing the market is analogous to rolling dice, this strategy is a method that best balances risk and reward.