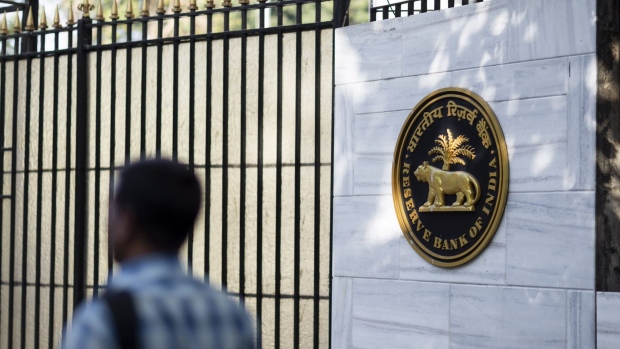 A pedestrian walks past the Reserve Bank of India (RBI) building in Mumbai, India, on Tuesday, March 3, 2020. India's central bank governor said he's ready to act to shield the economy from the coronavirus and reiterated there's room to cut interest rates if needed. , Bloomberg

(Bloomberg) -- India’s central bank has suggested changes to the valuation of bank investments, including relaxing rules on a key class of long-term investments that are shielded from frequent valuation changes, but tightening those on shifting securities between classes.

A Reserve Bank of India discussion paper released late Friday suggests removing caps on the Held-To-Maturity (HTM) class of securities, and allowing more types of instruments to be held within them. However banks will not be allowed to sell more than 5% of their investments in this class per year, barring specified exceptions, under the proposed rules.

The discussion paper proposed that the suggested framework come into effect from April 1, 2023.

It also recommended that the local accounting watchdog update its current strict rules on the treatment of derivatives, which the central bank will then ask banks to follow. The paper noted that current rules may have stunted the development of the rates and credit derivative markets.