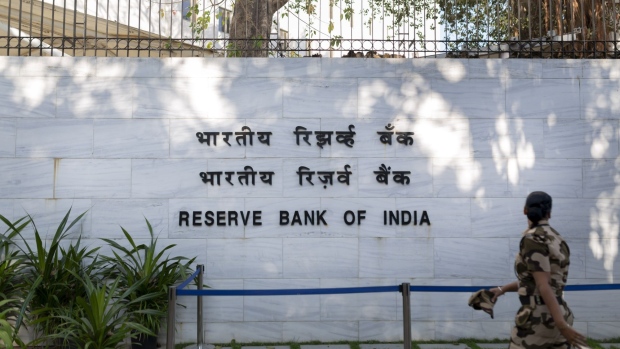 The Reserve Bank of India is considering a “phased introduction” of a central bank digital currency as it will need legal changes to be made in the nation’s foreign-exchange rules and information-technology laws, Deputy Governor T. Rabi Sankar said.

Delivering a speech to outline the RBI’s plans on Thursday, Sankar said policymakers were considering running pilot programs for the proposed central bank digital currency. Its introduction will protect people from the volatility of private virtual currencies, he said.

“Central banks have increased their attention on digital currencies,” in recent years, Sankar said, adding that the introduction of such currencies -- which will be backed by the sovereign -- will help in bringing down the usage of cash in the economy, while minimizing the damage to the public from the usage of private currencies.

Sankar’s speech comes just days after the European Central Bank took a major step toward a digital euro approving an “investigation phase” that could ultimately lead to a virtual currency being implemented around the middle of the decade. The next stage will last 24 months and aims to address key issues on design and distribution, the ECB said.

Most major central banks trail China where trials of a digital currency have started in several cities. Eastern Caribbean islands that share a central bank, including Grenada and St. Kitts and Nevis, have already launched their own versions. The U.S. Federal Reserve and the Bank of England are looking into the possibilities for their economies.

Earlier this year, in its annual Report on Currency and Finance, the RBI said central bank-backed digital currencies could be designed to promote non-anonymity of monetary transactions and financial inclusion by direct transfers.

Interest-bearing digital fiat can also increase the economy’s response to changes in the policy rate, the RBI report said. In emerging markets, facing large scale-capital inflows, such a currency can act as an instrument of sterilization, alleviating the constraint that a finite stock of government securities in the central bank’s balance sheet poses, the report said.

On the downside, the RBI report said that since central bank digital currencies provide anonymity, they may have implications for cross-border transactions. To curb this, appropriate safeguards would need to be laid down under existing anti-money laundering and financial-terrorism laws.

Sankar said countries with partially convertible currencies could come under pressure and the banking system witness a flight of deposits, if central bank-backed digital currencies are introduced.

The RBI has expressed concern about cryptocurrencies on a number of occasions, citing issues such as money laundering and terrorism financing. The regulator banned banks and other regulated entities from supporting crypto transactions about three years ago, but the Supreme Court overruled that ban last year.