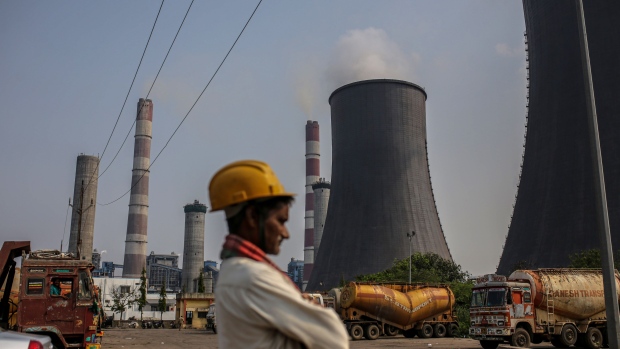 “It’s too early” to talk about a coal phase-out, Gurdeep Singh, chairman at the New Delhi-based power producer, said at the BloombergNEF summit in New Delhi on Wednesday. “It’s going to take 2-3 decades, if not more.”

He said it’s clear that the road ahead leads to a clean energy transition, but cautioned against knee-jerk closures of coal power plants.

“At the end of the day, the first thing we have to look at is whether we’re able to provide 24/7 reliable, affordable power,” Singh said.

NTPC is not alone in reviving coal plans -- some Indian states are also considering setting up new projects after recent supply disruptions that led to widespread blackouts this summer.

Soaring energy prices as well as surging demand are forcing governments and businesses to re-evaluate the importance of fossil fuels, even as they risk heating the planet. Chinese premiere Li Keqiang on Tuesday said China’s abundance of coal needs to be put to good use for the nation’s energy security and that of the world, according to Xinhua News Agency.

Coal helps produce nearly 70% of India’s electricity generation, although its share is gradually declining as the country adds new clean power capacity. Singh said the key to determining the speed of the country’s decarbonization will be the progress of technology to bring down the cost of storage and clean energy generation. Low-cost, long-term funding will also be needed.

Coal accounts for about 82% of the capacity at NTPC and its joint ventures. The company last year announced a plan to double its renewable power target to 60 gigawatts over the next decade.