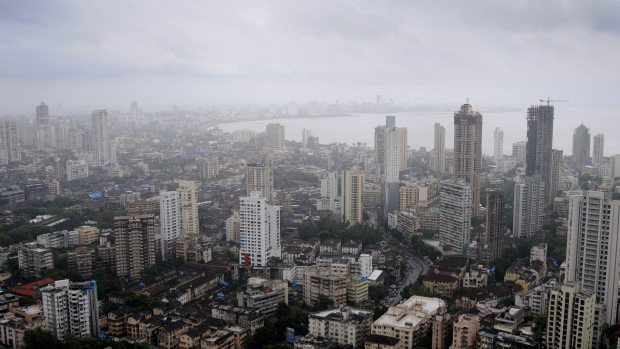 Buildings rise into the Mumbai skyline as seen from the Imperial residential towers in the Tardeo area of Mumbai, India, on Monday, July 21, 2010. , Bloomberg

(Bloomberg) -- India’s corporate affairs ministry is proposing to extend a suspension of new bankruptcy filings that has been in place since earlier this year, people familiar with the matter said.

The proposal is to extend the halt on new bankruptcy cases for another six months past its currently scheduled ending point this week. It must get final approval from Finance and Corporate Affairs Minister Nirmala Sitharaman, according to the people, who asked not to be identified because the details are private.

The suspension has helped financially strapped borrowers hit by the pandemic stay out of court, as the government seeks to cushion an economy already contracting at the worst pace in decades from more damage. But the move has challenged banks, already saddled with one of the world’s worst bad-debt ratios, with further delays in clawing back money they are owed.

There have been concerns that any extensions to the bankruptcy halt could make lenders balk at extending credit to businesses in Asia’s third-largest economy. The nation had already been grappling with a shadow banking crisis that started in 2018, and keeping money flowing to borrowers who need it is key to reviving growth.

A spokesman for the corporate affairs ministry didn’t respond to calls made during business hours.

Finance Minister Sitharaman had said last week that the bankruptcy law aimed to keep the companies as going concerns rather than liquidating them. As such, given the fact that businesses have been hit hard by the virus outbreak, it would be difficult to find buyers if a large number of companies are forced into bankruptcy for resolution, she said.