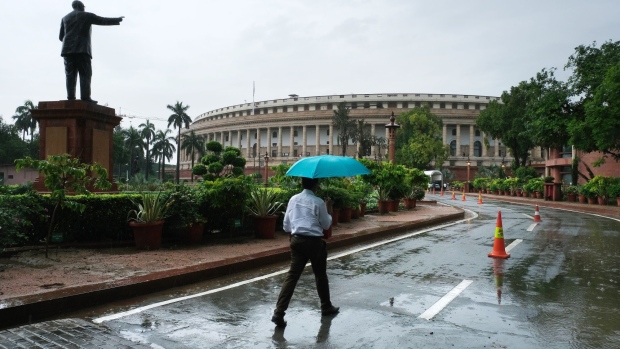 (Bloomberg) -- India’s lower house of parliament on Monday repealed three controversial farm laws that brought tens of thousands of farmers to the streets in a yearlong protest movement, putting the ruling party on the defensive ahead of crucial state polls expected early next year.

The move to scrap the laws also needs the approval of the upper house. The repeal bill was pushed through the lower house in a hasty voice vote despite opposition demands for a debate.

Ahead of Monday’s scrapping of the legislation, farmers’ groups had said they would keep pushing with their protests to press the government for other demands, including legal guarantee for crop prices.