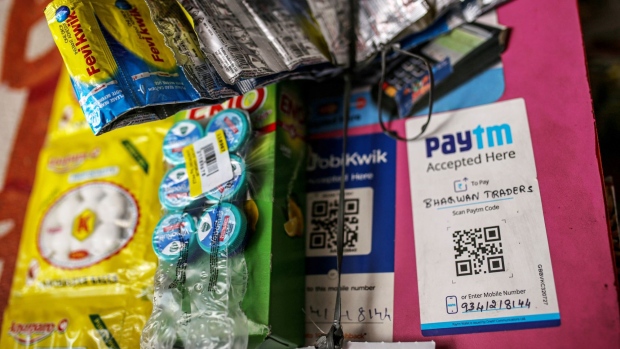 (Bloomberg) -- Indian digital payments pioneer Paytm has filed its prospectus for a $2.2 billion initial public offering, hot on the heels of fellow tech unicorn Zomato Ltd.’s hugely popular share sale.The startup backed by SoftBank Group Corp., Berkshire Hathaway Inc. and Ant Group Co. plans to raise as much as 166 billion rupees ($2.2 billion) from its share sale, which includes a primary issue of shares and an equal amount of secondary stock, according to a Draft Red Herring Prospectus filed with the regulator on Friday.

The startup, formally called One97 Communications Ltd., was last valued at $16 billion, according to researcher CB Insights. The share sale could make it the country’s largest stock market debut ever, surpassing the IPO of the state-owned Coal India Ltd., which raised more than 150 billion rupees in 2010.Banks including Morgan Stanley, Goldman Sachs Group Inc., Citigroup Inc. are among the banks running the share sale. Paytm may consider a pre-IPO placement of up to 20 billion rupees, it said.