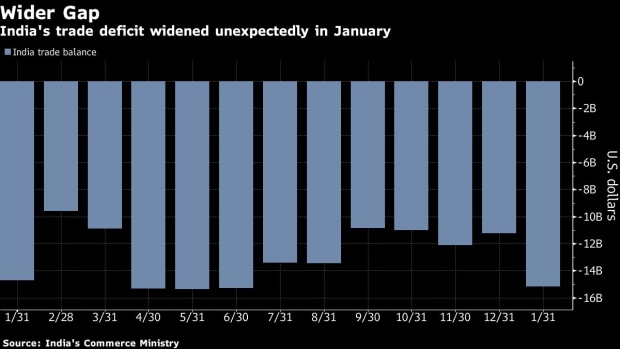 (Bloomberg) -- India’s trade deficit unexpectedly widened in January, as exports contracted for a sixth straight month while the decline in imports eased.

The gap between exports and imports was at $15.2 billion last month, compared with $11.25 billion in December, data released by the Commerce Ministry on Friday showed. That’s the widest gap since June and compares with the median estimate of an $11 billion deficit in a Bloomberg survey of 22 economists.

To contact the editors responsible for this story: Nasreen Seria at nseria@bloomberg.net, Karthikeyan Sundaram, Atul Prakash