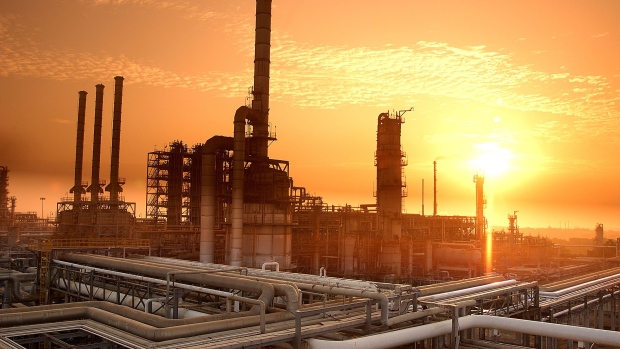 (Bloomberg) -- India is seeking to make more of its strategic crude reserve space available for companies to store oil to help cut its stockpiling costs.

The world’s third biggest oil consumer is seeking to free up as much as 12 million barrels of space for commercial storage at its underground caverns, H.P.S. Ahuja, the chief executive and managing director of Indian Strategic Petroleum Reserves Ltd., said in a Bloomberg Television interview. That’s equivalent to about a third of current capacity.

In 2016, India exempted foreign companies from federal income taxes on local sales of oil kept in its strategic caverns to entice more commercial storage. A year later, Abu Dhabi National Oil Co. agreed to a lease with a capacity to store more than 5 million barrels at Mangalore.

“We have got to lease out 30% of our available reserves and we are in the process of evacuating some of the crude from the storages,” said Ahuja. “As soon as they clear the space, we will be able to lease out the storages, which I believe should happen by January.”

India has started selling some stockpiled crude to refiners Mangalore Refinery & Petrochemicals Ltd. and Hindustan Petroleum Corp., which will also lease some of the capacity for commercial storage. The space left by the sale of 5 million barrels of reserves that India committed under a U.S.-led release by global consumers could also create space to be leased.

The nation holds 9.5 days of its oil requirements at three locations -- Padur, Vishakhapatnam and Mangalore -- and is seeking investment from global oil producers and traders to build additional emergency reserves capacity of about 48 million barrels. India will seek proposals from private companies, both foreign and domestic, as early as January, Ahuja said.