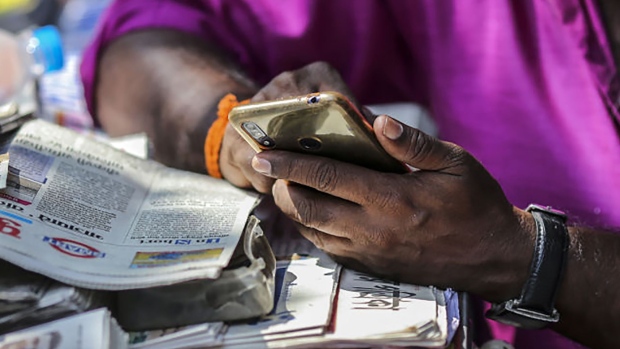 (Bloomberg) -- India’s central bank will launch the retail version of its digital currency on a test basis starting Thursday, a month after allowing some banks to use it for settling secondary-market transactions in government securities.

Four banks will initially run the digital currency pilot, with another four joining at a later stage, the Reserve Bank of India said in a Tuesday statement. A select group of customers and merchants will take part in the pilot and use the e-rupee as a replacement for hard cash. Digital currency would be issued “in the same denominations that paper currency and coins are currently issued,” the RBI said.

India is joining countries including China in pushing forward with digital versions of their currencies, as it seeks to eliminate private cryptocurrencies that pose risks to financial stability.

The e-rupee would offer “features of physical cash like trust, safety and settlement finality,” the central bank said, adding that it will not earn any interest and can be converted to other forms of money, including deposits with banks.

Banks will distribute the e-rupee through digital wallets on mobile phones. Both person-to-person transactions and payments to merchants are possible. The latter will involve scanning a QR code, the central bank said.

Banks participating in the pilot are the State Bank of India, ICICI Bank, Yes Bank and IDFC First Bank in four cities. “The scope of pilot may be expanded gradually to include more banks, users and locations as needed,” the RBI said.