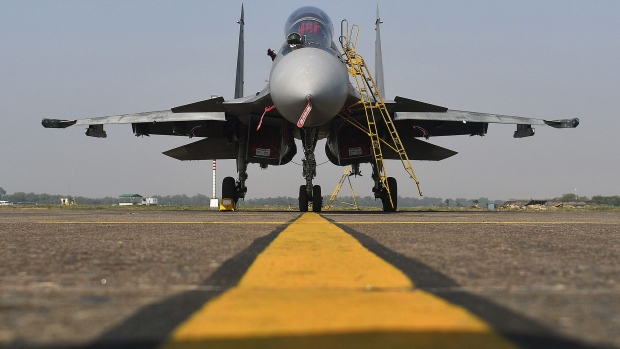 (Bloomberg) -- Data Patterns (India) Pvt, which supplies electronic systems to the defense and aerospace sector, is preparing to file its draft prospectus for an initial public offering that could raise at least $100 million, according to people familiar with the matter.

The Chennai-based company, backed by former Blackstone Inc. senior fund manager Mathew Cyriac, plans to lodge the listing documents with the Indian securities regulator as soon as next week, the people said. The firm intends to list in Mumbai this year, said one of the people, who asked not to be identified as the information is private.

Data Patterns is seeking a valuation of around 25 billion rupees ($340 million) in the IPO, and is looking to sell an equal number of primary and secondary shares, the people said.

Deliberations are ongoing and the details of the offering could change, the people said. A representative for Data Patterns declined to comment.

The company is working with IIFL Securities Ltd. and JM Financial Ltd. to arrange the potential listing, Bloomberg News has reported.

Technology companies are prominent among those set to boost the sum raised through IPOs in India this year, which has surpassed the total for the previous three years altogether. The pipeline for the rest of 2021 includes payments service provider Paytm, online insurance platform Policy Bazaar and e-commerce beauty startup Nykaa.

Data Patterns has more than 35 years of experience in the design and development of defense and aerospace electronics, according to its website.