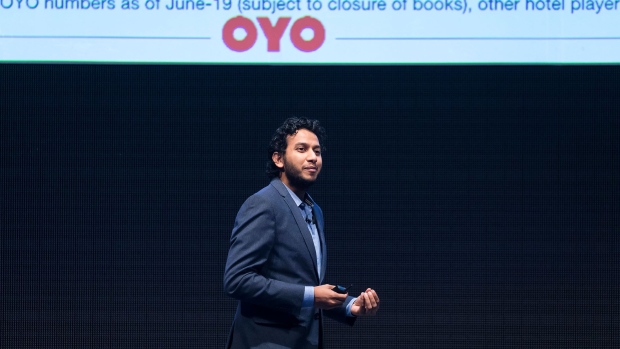 The entrepreneur tweeted Wednesday his company had initially disputed an unidentified supplier’s claim for 16 lakh rupees or about $22,000, but eventually paid “under protest.” Agarwal, also Oyo’s chief executive officer, was responding to a document widely circulated on social media he said appeared to show his startup had sought bankruptcy protection, which he called “absolutely untrue.”

Oyo has declined to comment further on a legal matter, according to a statement he retweeted.

Oyo, one of the larger startups in SoftBank Group Corp.’s portfolio, was struggling to restructure and whittle down loss-making operations even before the pandemic obliterated travel. Its breakneck expansion, encouraged and financed by SoftBank founder Masayoshi Son, led to operational missteps and soured partnerships. The company ended up laying off or furloughing thousands of employees. It reached a valuation of $10 billion before global lockdowns in the wake of Covid-19.

In December, Agarwal was said to have told employees the Indian startup was making progress toward recovering from the coronavirus fallout and had about $1 billion to fund operations until an initial public offering. Agarwal tweeted on Wednesday that the startup’s business was recovering steadily and its largest markets were profitable.