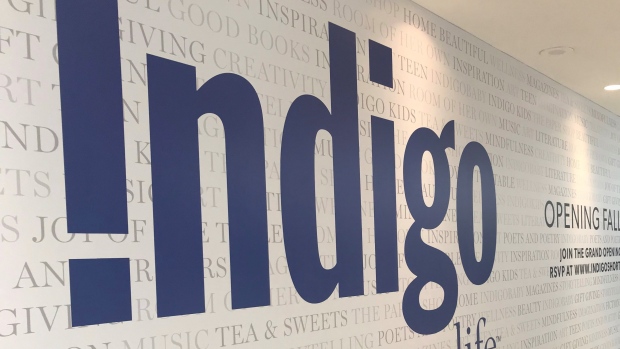 Indigo Books & Music Inc. will rethink its general merchandise strategy as sales slowed in the past year, said the company's founder, but it remains convinced that's where the company's future growth lies and not with a return to books. A sign showing where Indigo plans to open a new store this fall is seen at the Mall at Short Hills in Short Hills, N.J., on July 22, 2018. , THE CANADIAN PRESS/Craig Wong

TORONTO - Indigo Books & Music Inc.'s (IDG.TO) CEO says the company is changing up its strategy after a challenging year for the bookseller, but still maintains its ambition to grow into a global brand.

Heather Reisman says a number of negative factors compounded to create disappointing financial results in its most recent year, including a prolonged Canada Post strike, as well as store renovations and relocations.

The bookseller opened its first American location in New Jersey's Short Hills mall, which Reisman says has a long history as a top mall in North America.

Reisman says that Indigo has seen declining foot traffic there and is re-evaluating its real estate strategy in an effort to better meet consumers where they want to spend time.

She says the company will use this year to advance a number of things it's working on and will probably be on track to open a couple stores next year as it remains focused on making Indigo a global brand.

She made the comments at the company's annual general meeting of shareholders in Toronto.