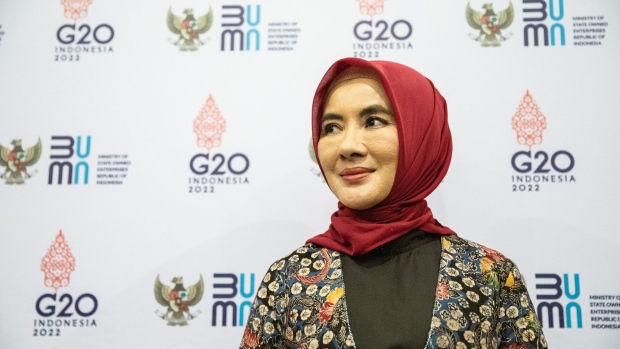 (Bloomberg) -- Indonesia plans to sell biofuels made from a blend of sugarcane extract and oil from next year as the world’s largest exporter of dirty coal seeks to reduce emission and curb fuel imports.

State-owned oil and gas firm PT Pertamina Persero will begin selling A20 fuel, which is a mix of 80% gasoline, 15% methanol derived from natural gas and 5% ethanol derived from sugarcanes, Chief Executive Officer Nicke Widyawati said in an interview. It plans to source the bioethanol from state plantation holding firm PT Perkebunan Nusantara III.

While Pertamina’s sugar-based fuel plan has been mooted for sometime, the recent surge in crude prices and Indonesia’s renewed ambition for a net-zero emission by 2060 have hastened the move. In addition, the shift to biofuel will help Southeast Asia’s biggest economy curb fuel imports that account for about half the national demand.

Widyawati said Pertamina plans to lower emissions to at least 31.89% by 2030 from 29% currently under the business-as-usual scenario.

“We are actually more aggressive and ambitious than the government” in reducing emissions, she said in the interview in Bali.

To support the move, the government is expected to issue a new regulation mandating the use of the fuel mix in 2023, similar to the palm-based biofuel policy, said Widyawati.

Pertamina will be able to produce 36 million kiloliters of A20 using existing gasoline refining capacities, she said. The company plans to build a methanol facility in gas-rich Bojonegoro in East Java province to boost production.

It is also looking into making ethanol from corn, cassava and palm oil husks to reduce competition with sugar producers, she said.

Other comments from the interview:

(Corrects name of biofuel to A20 in the second paragraph.)