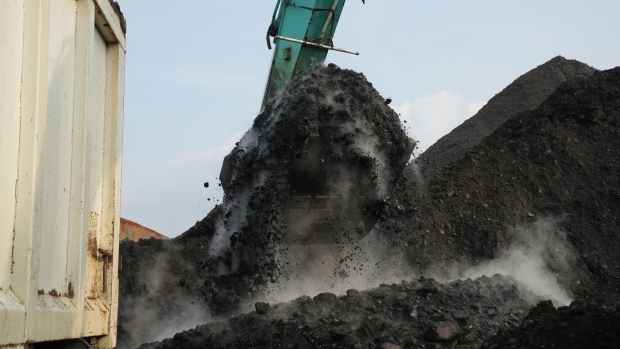 An excavator loads coal onto a dump truck at Cirebon Port in West Java, Indonesia, on Wednesday, May 11, 2022. Trade has been a bright spot for Indonesia, which has served as a key exporter of coal, palm oil and minerals amid a global shortage in commodities after Russia’s invasion of Ukraine. Photographer: Dimas Ardian/Bloomberg , Bloomberg

(Bloomberg) -- A landmark $20 billion deal to help fund Indonesia’s transition away from coal isn’t enough to put the country on track to meet global climate goals, according to energy think tank Ember.

The Just Energy Transition Partnership brokered last year between Indonesia, the US and Japan caps the archipelago’s power sector emissions at 290 million tons by 2030 and sets a target to reach net zero two decades later.

Indonesia will need to do more than that to help keep global temperatures from rising more than 1.5 degrees Celsius from the pre-industrial average, Ember said in a report released Thursday. That’s the level climate scientists say is key to avoiding the worst impacts of planetary warming.

See also: The Biden-Jokowi Deal Is Just One Step to Turn Indonesia Green

The analysis underscores the challenges facing less-developed economies as they seek to reap the rewards of industrial development that richer nations experienced decades ago without generating massive amounts of planet-heating emissions.

Indonesia needs to retire more coal power plants earlier and reduce the operational levels of the remaining ones, while also accelerating the adoption of renewable energy, Ember analysts including Achmed Shahram Edianto said in the report. The country’s power sector would need to reach net zero a full decade ahead of the JETP target in order to be on a 1.5C pathway, they said.