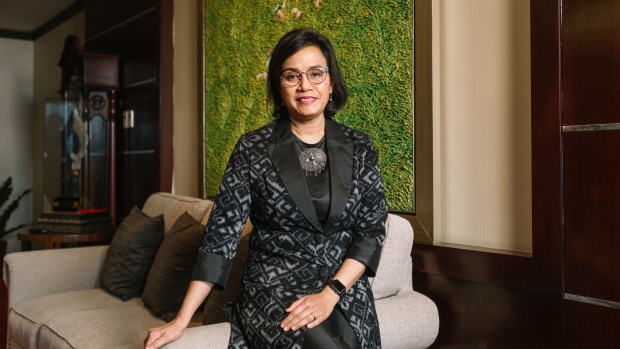 (Bloomberg) -- Indonesia’s finance minister narrowed her projection for the budget deficit this year and next, as an economic rebound, tax reforms and rising commodity prices lead to higher revenue.

The fiscal gap is set to reach 5.3% to 5.4% of gross domestic product in 2021, compared with an earlier estimate for 5.8%, Finance Minister Sri Mulyani Indrawati said at the Washington office of Bloomberg News after participating in annual meetings of the International Monetary Fund and World Bank.

Next year, the deficit could be lower than the 4.85% of GDP set out in the state budget, Indrawati added.

“For Indonesia luckily, with the commodity price increase, we have quite an overshoot in revenue, a strong upside,” she said. The country’s quick turnaround from its worst Covid-19 outbreak means third-quarter GDP growth may have reached as high as 5%, and may pick up again this quarter, she added. Indonesia will report third-quarter GDP data on Nov. 5.

Southeast Asia’s largest economy pledged to return its budget deficit to below the legal limit of 3% of GDP by 2023, after temporarily removing that cap last year to fund stimulus measures to help people and businesses weather the pandemic. The nation recently passed a tax overhaul, which adds a top income bracket, carbon tax and an amnesty program, could help it reach that goal faster.

The changes will earn the government an extra 1% of GDP in revenue next year. “Then in the medium term we hope it will continue to increase,” Indrawati said, as the tax reform is meant to improve tax compliance over the next few years, rather than collect immediate earnings only.

The new measures are expected to elevate the country’s tax-to-GDP ratio beyond 10% in less than five years, while without them, the ratio would remain as low as 8.4%. With a 115 million-strong aspiring middle class population bidding to join the 52 million economically secure Indonesians, the government wants to shift its tax base to rely more on consumption and personal income, rather than corporate earnings.

That’s why the government will continue to focus its spending on human capital, including education, health and social safety nets, in addition to infrastructure and a transition to a greener economy, she said. “That is going to be critical for Indonesia to recover in a much more green and resilient way,” Indrawati said.

Indonesia became the second Southeast Asian country, after Singapore, to impose a carbon tax despite criticism that the rate is too low. Coal-fired power plants will be the first to be taxed next year, as the government develops a carbon market and tests how well the regulation is working.

“This doesn’t mean that it will stop there, but we have to be very mindful on the implementation of this instrument given that Indonesia is still in a very early stage of the recovery from Covid,” she said.