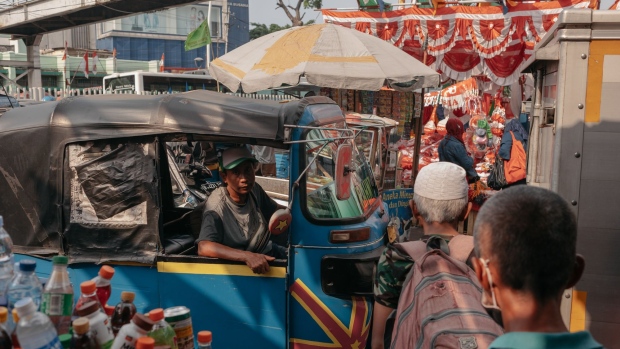 Jatinegara market in East Jakarta, Indonesia, on Monday, Aug. 15, 2022. President Joko Widodo will deliver his annual budget speech on Tuesday that will outline how his government intends to bring fiscal consolidation back on track in the face of swelling state spending for energy subsidies and infrastructure next year, ahead of his final term in 2024. , Bloomberg

(Bloomberg) -- Indonesian lawmakers gave the official nod to the 2023 state budget that seeks to shrink the deficit to less than 3% of gross domestic product despite rising threat of inflation.

Parliament passed the budget into law in a plenary meeting on Thursday, endorsing a record spending of 3.06 quadrillion rupiah ($200 billion) next year to sustain growth set at 5.3%. Budget shortfall is set to narrow to 2.84% of GDP, lower than a projected 3.9% this year.

Financing the budget would be a challenge on the prospect of higher cost of debt due to surging inflation and global policy tightening, Finance Minister Sri Mulyani Indrawati said in a speech to the parliament.

“With the current world situation where interest rates increase and exchange rates depreciate, the steps to reduce the deficit to a low level should provide security for our state budget and the economy,” she said.