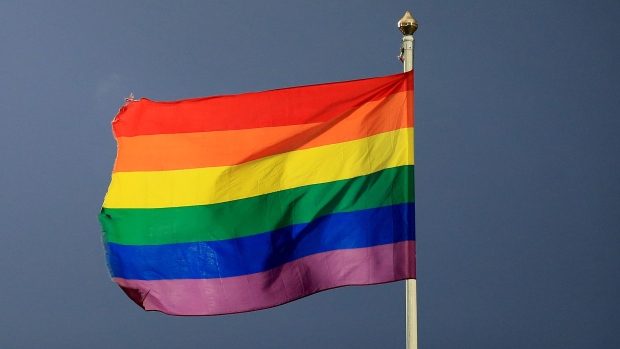 (Bloomberg) -- Indonesia has summoned the UK’s ambassador to protest the raising of a rainbow flag by the local embassy to commemorate LGBTQ rights.

The move is “extremely insensitive,” Indonesia’s foreign ministry said in a statement, adding that the UK embassy and all foreign delegates should respect the country’s religious and social norms. The UK ambassador has acknowledged the protest and will escalate it to the government in London.

While homosexuality isn’t criminalized in most of Indonesia, the country has no laws to protect the LGBTQ community from discrimination and doesn’t allow same-sex marriage. Law enforcement has used anti-pornography laws to raid places frequented by gay or transgender communities and homophobic attacks happen frequently.

“Sometimes it is important to take a stand for what you think is right, even if disagreement between friends can be uncomfortable,” the UK embassy wrote on its Instagram post of the rainbow flag.

Indonesia, home to the world’s largest Muslim population, isn’t the only Southeast Asian nation to protest foreign governments’ expression of LGBTQ rights. Last year, Singapore warned the US against interfering in its domestic matters after the US embassy held a webinar with a local non-profit organization that promotes LGBTQ rights.