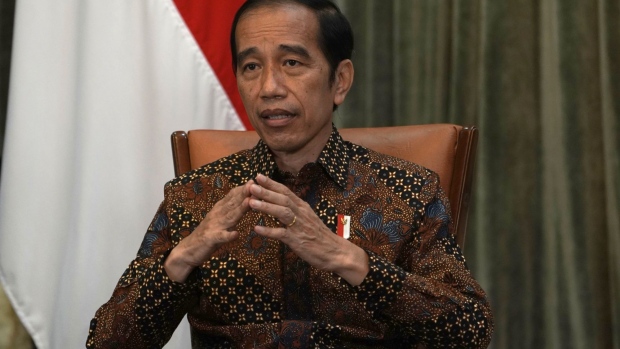 Joko Widodo, Indonesia's president, gestures as he speaks during an interview at Presidential Palace in Jakarta, Indonesia, on Wednesday, April 7, 2021. President Widodo is backing a push to expand Bank Indonesia’s mandate to include support for the economy, throwing his public support behind a legislative move that some analysts see as risking the central bank’s independence. Photographer: Dimas Ardian/Bloomberg , Bloomberg

(Bloomberg) -- Indonesia will propose the creation of a new global health agency when leaders meet at the Group of 20 Summit.

The agency would set up standard operating procedures for international travel and health protocols, as well as procure vaccines and ensure access and investment in medical equipment and medicines for developing countries, President Joko Widodo said in a statement at the World Economic Forum event on Thursday.