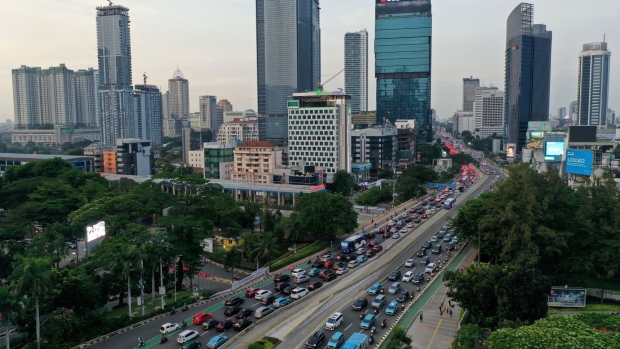 (Bloomberg) -- The board members of Indonesia’s new wealth fund are set to be paid more than $5 million while leaving the fund’s assets idling in deposit accounts for the first six months of the year.

The salary for its supervisory board and board of directors were set at 72.8 billion rupiah ($5.1 million) in the period, including 55.7 billion rupiah accrued and set aside but not yet paid, according to its financial statement. Meanwhile, the fund’s 15 trillion rupiah of assets remained in savings accounts at PT Bank Rakyat Indonesia and PT Bank Mandiri to earn 142.9 billion rupiah in interest.

The slow pace of the wealth fund’s investments could hamper President Joko Widodo’s broader push to bring in money to offset the impact of the pandemic and even help the government narrow its budget deficit. He has set a target of expanding the fund to $200 billion over the next few years.

In July, Indonesia Investment Authority’s team of 20 was studying 50 companies for potential funds, President Director Ridha Wirakusumah said in an interview at the time. He had spent the time speaking to potential investors to build trust in the still uncertain world of doing business in Indonesia.

INA, as the fund is known, signed its first $3.75 billion deal in May with pension funds Caisse de dépôt et placement du Québec and APG Asset Management as well as Abu Dhabi Investment Authority to set up its first infrastructure-focused investment consortium. The fund has been in talks with at least 50 investment managers and received pledges from those in the United Arab Emirates, Japan, the U.S. and Canada.

INA lets investors place money in sub-funds spanning infrastructure, healthcare, tourism, technology sectors as well as the development of a new national capital city planned on the island of Kalimantan.