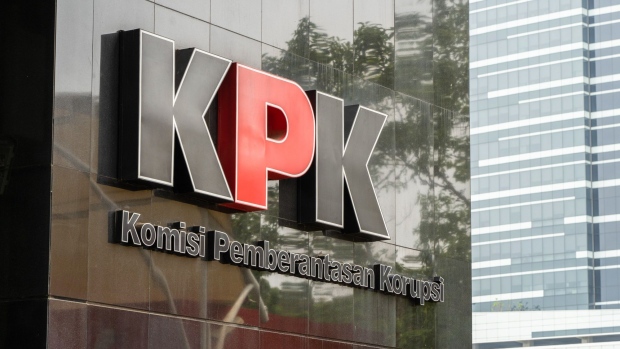 (Bloomberg) -- Indonesia’s anti-corruption agency has warned of the risks of doing business with Chinese firms, while also raising concerns over Beijing’s efforts to exert economic influence in the Southeast Asian nation.

“We are advising the government to be more careful with investment from China,” Corruption Eradication Commission deputy chairman Laode Muhammad Syarif said in an interview. “They are doing it as a part of their business, trying to expand their economic influence, so that’s why we have to be very, very careful,” he said.

With two-way trade jumping 22% to $72.3 billion in 2018 from a year earlier and foreign direct investment on the rise, China is already a key economic partner for Indonesia. At the same time, the comments from the anti-graft agency, known as KPK, point to underlying concerns in Indonesia about Beijing’s political and economic ambitions.

While Chinese companies were “important investors,” Indonesia should “be more careful,” Syarif said.

For Indonesian President Joko Widodo, who began a second and final five—year term in October, China presents a tricky balancing act. With the government perennially struggling for revenue -- a situation made worse by a global economic slowdown -- billions of dollars of cheap financing from Beijing is hard to resist.

China is backing Indonesia’s first high-speed railway between Jakarta and the city of Bandung. But the $6 billion project has already raised questions of transparency among people close to Jokowi, and a growing Chinese economic footprint also runs the risk of fueling impressions that Indonesia is becoming too indebted to Beijing.

Last week, Australian Ambassador to Indonesia Gary Quinlan struck a cautious tone over whether the presence of Chinese telecommunications giant Huawei Technologies Co. Ltd. in Indonesia would impact intelligence sharing with its northern neighbor. The Trump administration has also been warning allies against allowing the company to have a role in building next-generation 5G mobile networks.

“We do talk to Indonesia behind closed doors about all these security issues affecting the region or affecting the globe, but we’re particularly concerned about cyber security issues and the whole new digital world we face,” Quinlan told reporters in Jakarta. Asked specifically if it would impact on Australia’s willingness to share intelligence with Indonesia, he said: “We’ll only know that when we know it.”

Corruption has been an endemic problem in Indonesia for decades. The anti-corruption commission, which has a legal remit to only investigate high-ranking officials and cases that involve at least 1 billion rupiah ($70,000) in illicit payments, has brought down judges, members of parliament, regional governors and government ministers.

The situation is getting worse, Syarif said, citing the most recent Transparency International corruption perceptions index in which Indonesia scored just 38 points out of 100 from 32 in 2012, indicating there had been little improvement during Jokowi’s first term in office. “This means we are still a very corrupt country,” Syarif said.

Syarif, whose four-year term as deputy chairman ends Dec. 20, also urged Jokowi to overturn an amendment to a law that weakened the powers of the anti-graft agency. The amendment, passed by the parliament in September, was at the time broadly condemned by human rights groups and prompted deadly street protests in the capital Jakarta.

“If they want to attract investment, they have to strengthen the KPK,” he said. “But they do the opposite.”