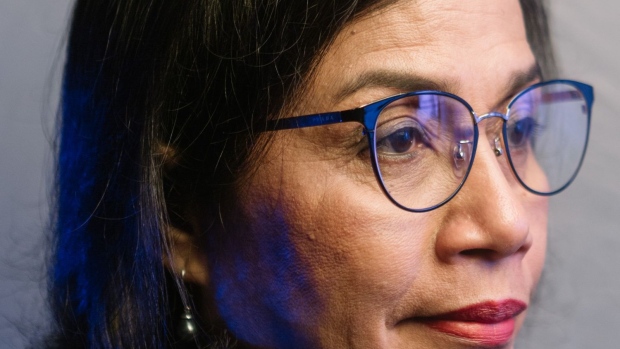 Jokowi, as the president is known, was sworn in Sunday for another five years against the backdrop of weakening economic growth and a public backlash over some policy proposals. He has put economic reform at the heart of his second-term agenda, promising to overhaul laws that hinder investment and job creation.

The president also drafted his main political rival, Prabowo Subianto -- who Jokowi defeated in the April election -- into the cabinet, strengthening his grip over the parliament. Another key addition was 35-year-old Nadiem Makarim, co-founder of ride-hailing service Gojek.

Growth has hovered around 5% for most of Jokowi’s first term, not fast enough to create jobs for the millions of young people who enter the workforce every year and combat poverty. The International Monetary Fund last week revised down its forecast for Indonesia’s growth for this year to 5%, from a July estimate of 5.2%.

Indrawati was previously finance minister from 2005 to 2010 under Susilo Bambang Yudhoyono, building a reputation as a strong technocrat and economic reformer. Following a stint at the World Bank in Washington, Jokowi lured her back in 2016 to the government, where she helped to steer an ambitious tax amnesty program early on.

A former university academic, the finance minister has a PhD degree in economics from the University of Illinois. In her three years in office, she’s been focused on getting Indonesians to pay more taxes to help bolster government revenue.

To contact the editors responsible for this story: Nasreen Seria at nseria@bloomberg.net, Michael S. Arnold