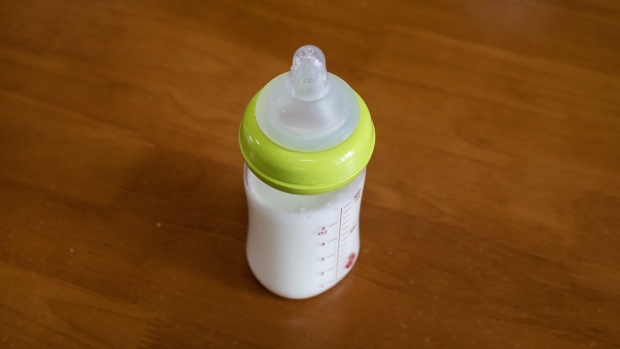 (Bloomberg) -- Infant formula makers are systematically targeting women through social media and health-care professionals to gain influence over feeding decisions, according to a study the World Health Organization says is the largest ever.

More than half of the parents and pregnant women surveyed said they’ve been targeted with formula-milk marketing, according to the report. The study was commissioned by Unicef and the WHO, which has been trying for years to rein in such promotions, calling them disruptive to efforts to increase the rate of breastfeeding around the world.

“The nature of the marketing sought to exploit emotions, fears and the ambitions of women and families at a time they’re potentially most vulnerable,” Nigel Rollins, a WHO medical officer, said at a media briefing.

The report comes at a challenging time for infant-formula makers. The pandemic has led to lower birth rates just as competition from local rivals intensified in key market China. Formula sales at multinationals like Nestle SA and Danone SA are no longer the growth motor they had been, and Reckitt Benckiser Group Plc is considering a sale of its baby nutrition business after exiting China last year.

The WHO introduced an international code of marketing of breast-milk substitutes in 1981 that bans all forms of promotion of the product and labels making health claims, yet only 25 countries have aligned their legislation with the code. The current rate of breast-feeding of infants until they’re six months old is at 44%, and WHO member states have committed to increasing that to 50% by 2025. The health organization considers breastfeeding more nutritious and healthier.

Among other intrusive practices, some firms took advantage of the pandemic, especially during the early days of the outbreak when mothers were concerned about the possibility of transmitting the virus via breast milk, Rollins said.

The study was conducted between August 2019 and April 2021 in the U.K., Bangladesh, China, Mexico, Morocco, Nigeria, South Africa and Vietnam. The report didn’t name any brands, but it didn’t see significant differences between companies or regions, Rollins said.

The marketing practices of infant-formula companies vary widely, according to Marie Chantal Messier, Nestle’s head of food and industry affairs. The Swiss company doesn’t promote formula for babies up to 12 months in 163 countries, and will voluntarily stop promoting formula for infants up to six months around the globe by the end of the year, she said.