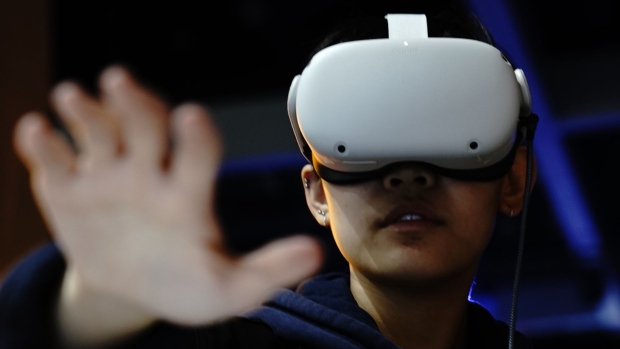 (Bloomberg) -- Infinite Reality Inc., a company that helps build metaverse experiences, is in advanced talks to go public through a merger with Newbury Street Acquisition Corp., according to people with knowledge of the matter.

A transaction, which has yet to be finalized, could be announced as soon as next week as long as talks don’t fall apart at the last minute, said the people, who asked not to be identified discussing confidential information. Terms couldn’t immediately be learned.

Representatives for Infinite Reality and Newbury declined to comment.

Infinite Reality, known as iR, said in October it reached a multi-year partnership with Warner Bros. Discovery Sports to create immersive experiences, such as potential interactions in the metaverse between fans and athletes, as well as through virtual content during the UCI Track Champions League this month. Led by Chief Executive Officer John Acunto, iR agreed to buy e-sports startup ReKTGlobal earlier this year, which previously held talks to go public through a SPAC merger.

Newbury, led by CEO Tom Bushey, raised $128 million in a March 2021 initial public offering and said it would focus its search on target businesses in the consumer internet or media industries.