You've got to own energy as an inflation hedge: Rafi Tahmazian

Price pressures in Canada accelerated in November to the fastest since February, led by shelter costs.

Annual inflation accelerated to one per cent, compared with 0.7 per cent in October, Statistics Canada reported Wednesday in Ottawa. Economists had expected 0.8 per cent, the median forecast in a Bloomberg survey. 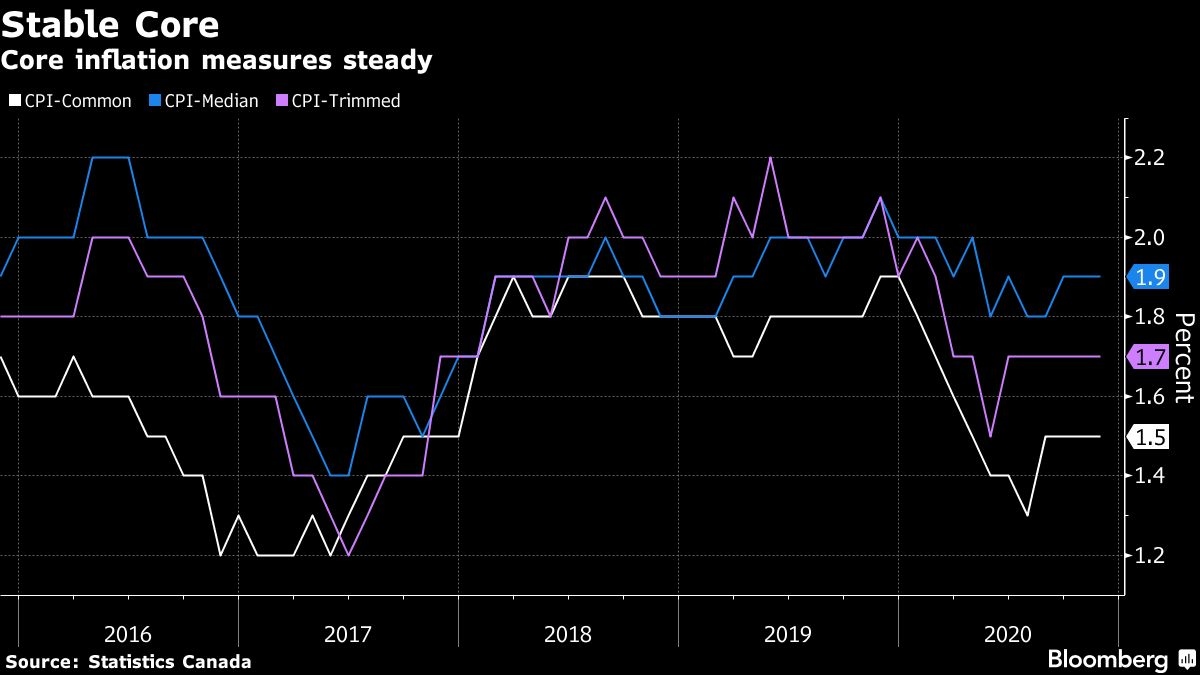 Canada’s annual inflation rate remains well below the central bank’s two per cent target, consistent with policy makers’ view that price pressures will stay low for years as businesses damaged by the restrictions to contain the outbreak of COVID-19 struggle to raise prices.

That said, the November reading was the strongest since the pandemic began, largely due to the effects of shelter costs, which contributed most to the increase.

On a monthly basis, prices rose 0.1 per cent, compared with a flat forecast in the Bloomberg survey.

The average of the core inflation measures -- often seen as a better gauge of underlying price pressures -- held steady at 1.7 per cent in November. Economists were forecasting core inflation readings to remain unchanged.