Pattie Lovett-Reid: To prop up the economy people need to spend responsibly, not go into debt

Canadian business continues to anticipate a worsening inflation picture, according to a survey by an industry group.

Firms expect they will raise their prices by an average 3.8 per cent over the next year, according to the August survey of members by the Canadian Federation of Independent Business, which represents small and medium-sized companies. That’s the highest in records going back to 2009 and more than double the historical average. 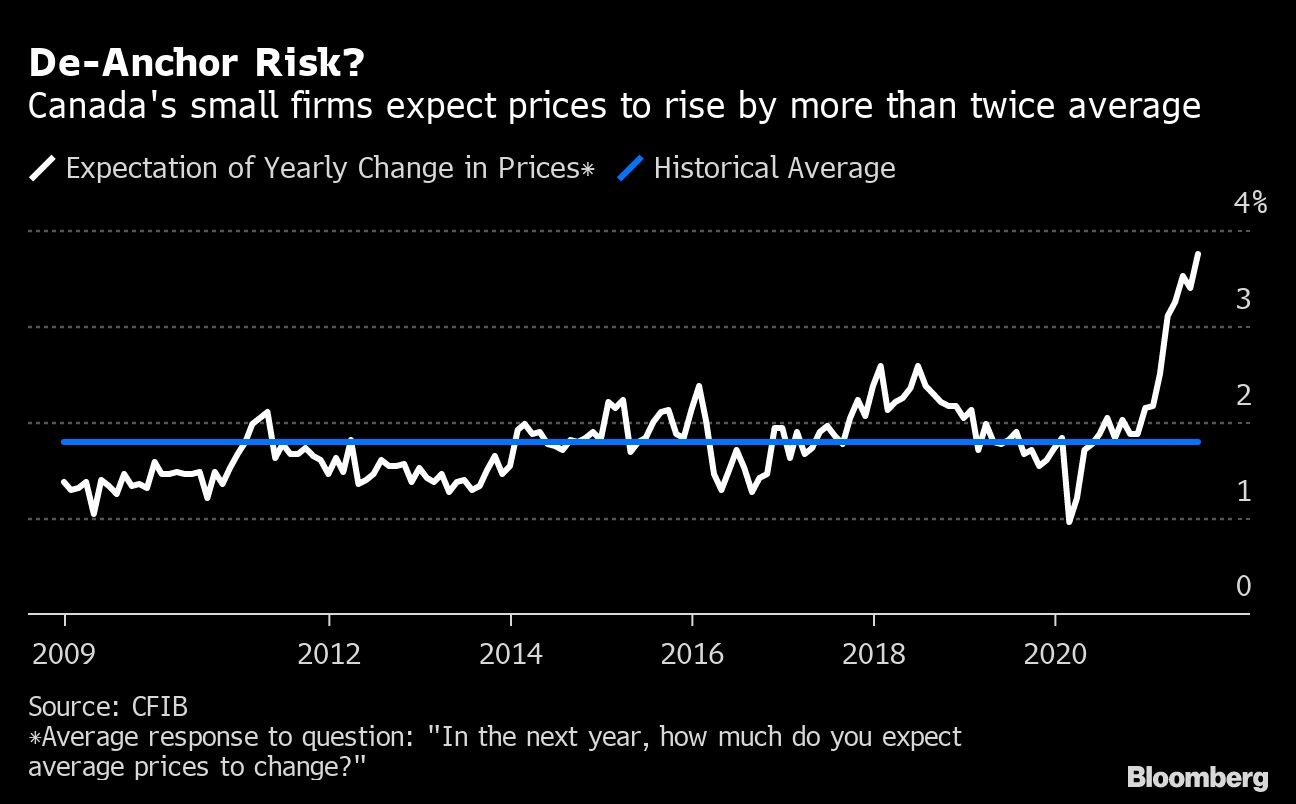 The survey data could add to worries that current high inflation rates will persist into 2022.

Annual inflation hit 3.7 per cent in July from a year earlier, a level not seen since 2011, and well above the Bank of Canada’s 1 per cent to 3 per cent control range. Policy makers have said they believe the spike is only temporary.

The survey also show tight supply constraints are widespread, with 43 per cent of respondents reporting that product input costs are a problem. That’s the highest in the history of the data and nearly twice historical levels.