Canadian inflation is being driven by a miss match in supply and demand: Chief economist

Inflation in Canada accelerated to its highest level in a decade, in what policy makers are saying will only be a temporary run-up in prices.

Consumer prices were up 3.6 per cent in May from a year ago, the fastest annual gain since May 2011, Statistics Canada reported Wednesday in Ottawa. That’s up from a pace of 3.4 per cent in April. Economists were predicting a 3.5 per cent rate in May. On a monthly basis, prices rose 0.5 per cent versus forecasts for a 0.4 per cent increase.

Core inflation, seen as a better measure of underlying price pressures, rose to 2.3 per cent from 2.1 per cent. That’s the highest reading since 2009. 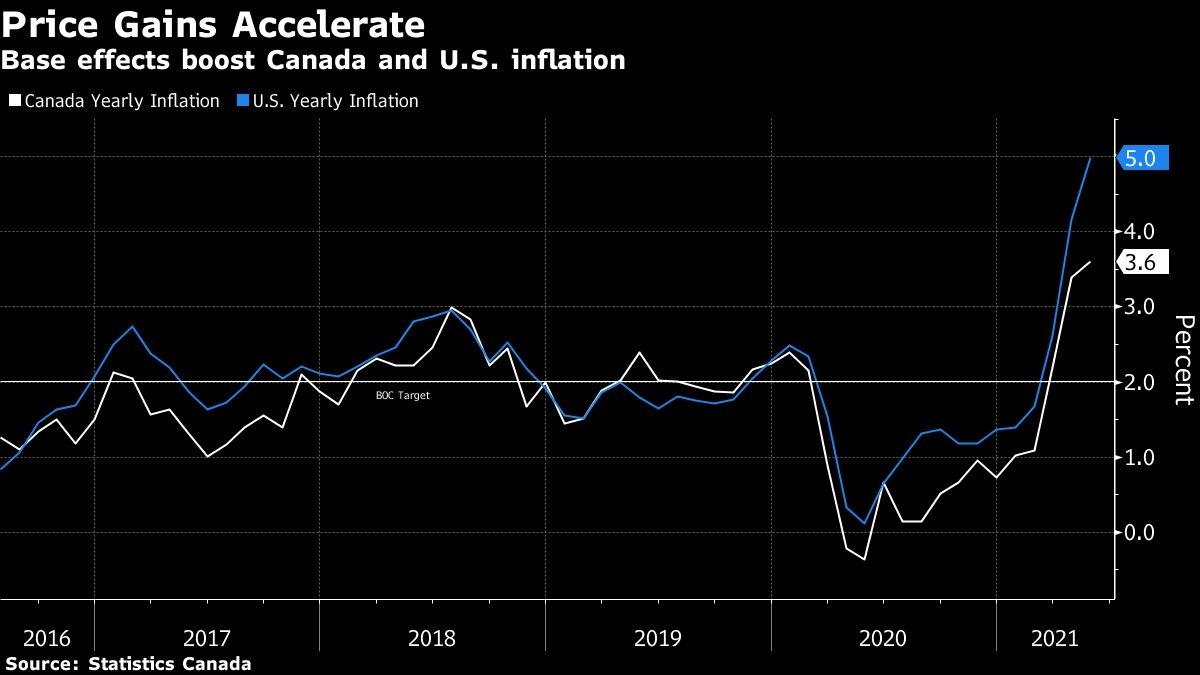 The Bank of Canada -- which is responsible for keeping inflation in check -- is brushing off the spike, arguing it is being driven largely by one-off factors. The annual reading is distorted by year-ago comparisons when price fell sharply at the beginning of the pandemic, a phenomenon known as the base effect. Price pressures are also building as businesses scramble to balance a rush of demand against shortages of materials.

Still, Canada’s central bank expects continued excess supply in the economy will put downward pressure on prices once the base effects abate in coming months. If inflation proves more durable, however, it may force the Bank of Canada to bring forward interest rate increases that investors aren’t anticipating until later next year.

The central bank has said it expects inflation to remain around 3 per cent over next several months before moderating. Governor Tiff Macklem will likely reiterate that message during testimony before Canadian senators Wednesday evening.

“The base effects, which are pushing up the headline inflation readings at the moment, should begin to fade in the June data, and continue to do so for some months thereafter,” Royce Mendes, an economist at Canadian Imperial Bank of Commerce, said in a report to investors. “As a result, the Bank of Canada will continue to look through the recent acceleration in inflation.” 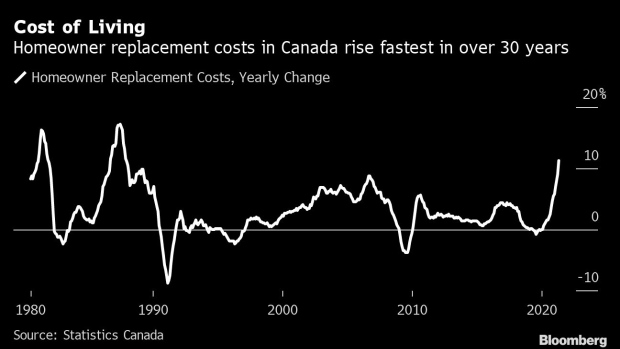 A similar phenomenon also drove inflation higher in the U.S. last month to an annual 5 per cent pace. Inflation in Canada is lower because of a slower reopening and recent gains in the Canadian dollar that is dampening prices for imported goods.

Canada’s hot housing market is also factor in the inflation story amid robust demand for single family homes and rising costs of construction materials like lumber. The costs of owning a home are up 11.3 per cent from a year ago, the largest annual increase since 1987.