In May 2020, one day after the Alberta government eased COVID-19 restrictions on elective surgeries, Dr. Earl Campbell walked into his plastic surgery clinic to a cacophony of ringing phones.

“It almost seemed a bit like a frenzy,” the Calgary-based surgeon marvelled in an interview. “You'd have patients who would phone the office [and] they'd want something done today, this week, next week.”

More than two years later, Campbell said the urgency has tapered off, but demand hasn’t.

Despite generationally high inflation and the freedom to spend on travel and dining out, demand continues to climb for face lifts, nose jobs, Botox injections and cosmetic filler, which surged in popularity during the pandemic.

But as rising costs strain practitioners’ margins, industry experts warn the price of surgery and injectables will soon rise, and the ugly realities of inflation could slow the beauty boom.

Since 2006, breast augmentation held the title of most-popular surgical cosmetic procedure, according to the American Society of Plastic Surgeons (ASPS), which counts some Canadians amongst its members.

Then the pandemic hit, stirring a surge in facial cosmetic surgery. 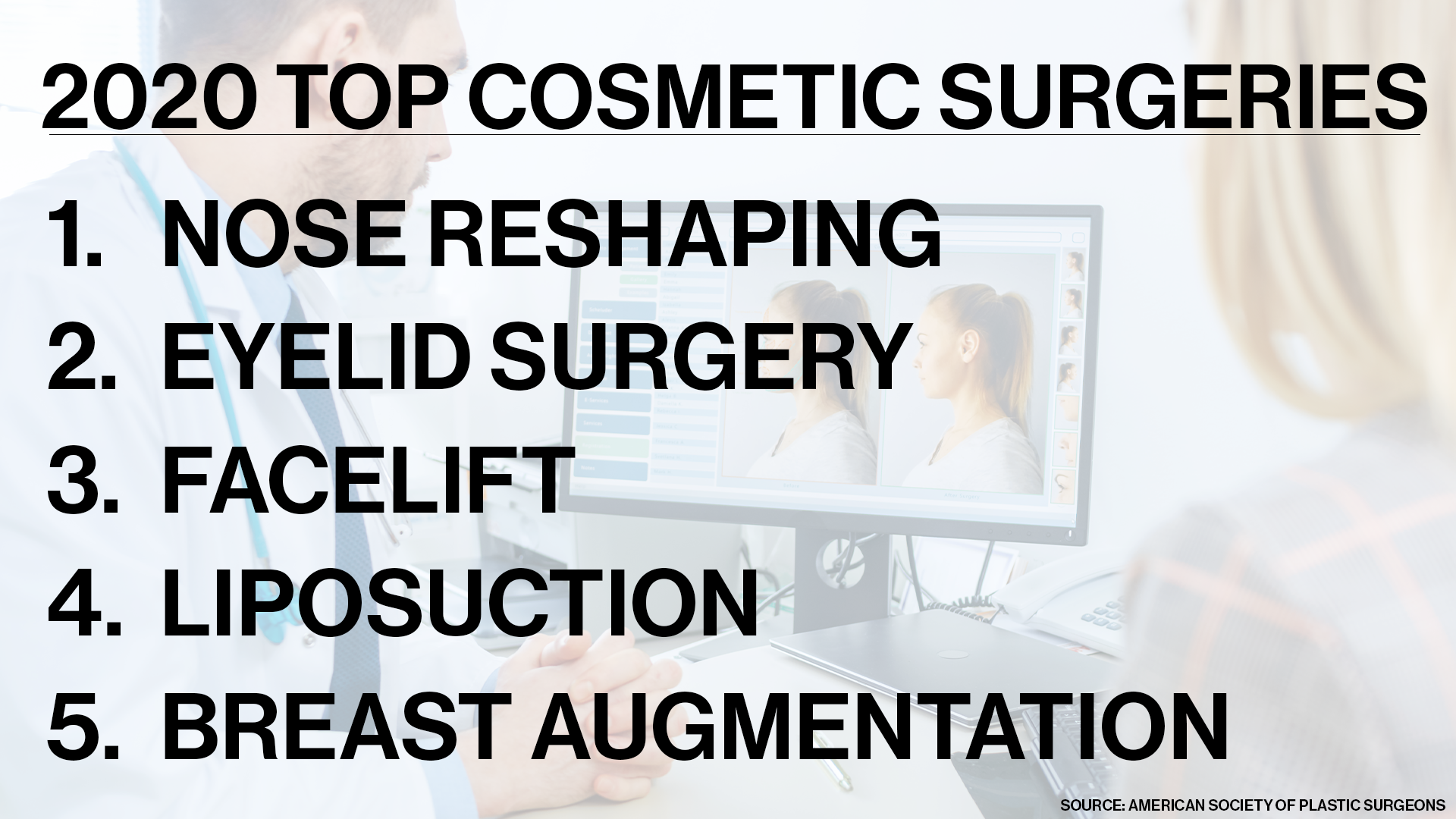 “Facial surgery without a doubt has increased dramatically,” said Dr. Mitchell Brown, a plastic surgeon in Toronto, in an interview.

The key driver, he said, are the endless streams of Zoom calls.

“Today, you can’t help but look at yourself all day long. You’re on camera, you’re on Zoom, and there’s this image of you sitting there,” he added.

Emboldened by lockdowns, which provided Canadians with unprecedented privacy, many decided to make a permanent change to their faces and bodies.

“[The pandemic] gave them a little bit of leeway time to be able to recover, and recover in their own homes without a bunch of other people knowing what had been done,” noted Campbell.

At Brown’s practice, for example, in Toronto’s tony Yorkville neighbourhood, waitlists are still double, or even triple what they were before the pandemic.

Data on plastic surgery in Canada is scarce, but a survey released last week by the ASPS showed continued demand for nips, tucks, and tweaks.

More than three quarters of cosmetic-focused surgeons told ASPS their practices are seeing greater demand today than before the pandemic, according to the press release. And nearly 30 per cent of member surgeons said their revenue has at least doubled.

BACK IN THE DATING GAME

Dr. Kristy Bailey, a dermatologist whose clinic sits in the heart of Toronto’s financial district, has seen distinct waves of patients throughout the pandemic.

First, there were those who stared, dissatisfied, at their faces on Zoom all day long.

Next came workers trickling back to their corporate offices, eager to look their in-person best.

And now, a whole new patient demographic: the newly separated and divorced.

“A relationship may not have worked out during the pandemic,” Bailey said. “And [patients] want to get back in the market, back in the game, and they want to look their best.”

Sales of the wrinkle relaxer Botox, owned by AbbVie, surged 200 per cent in the second quarter of this year compared to the same time in 2020. AbbVie’s Juvéderm, a filler used to plump areas of the face, saw revenue triple during the same period. 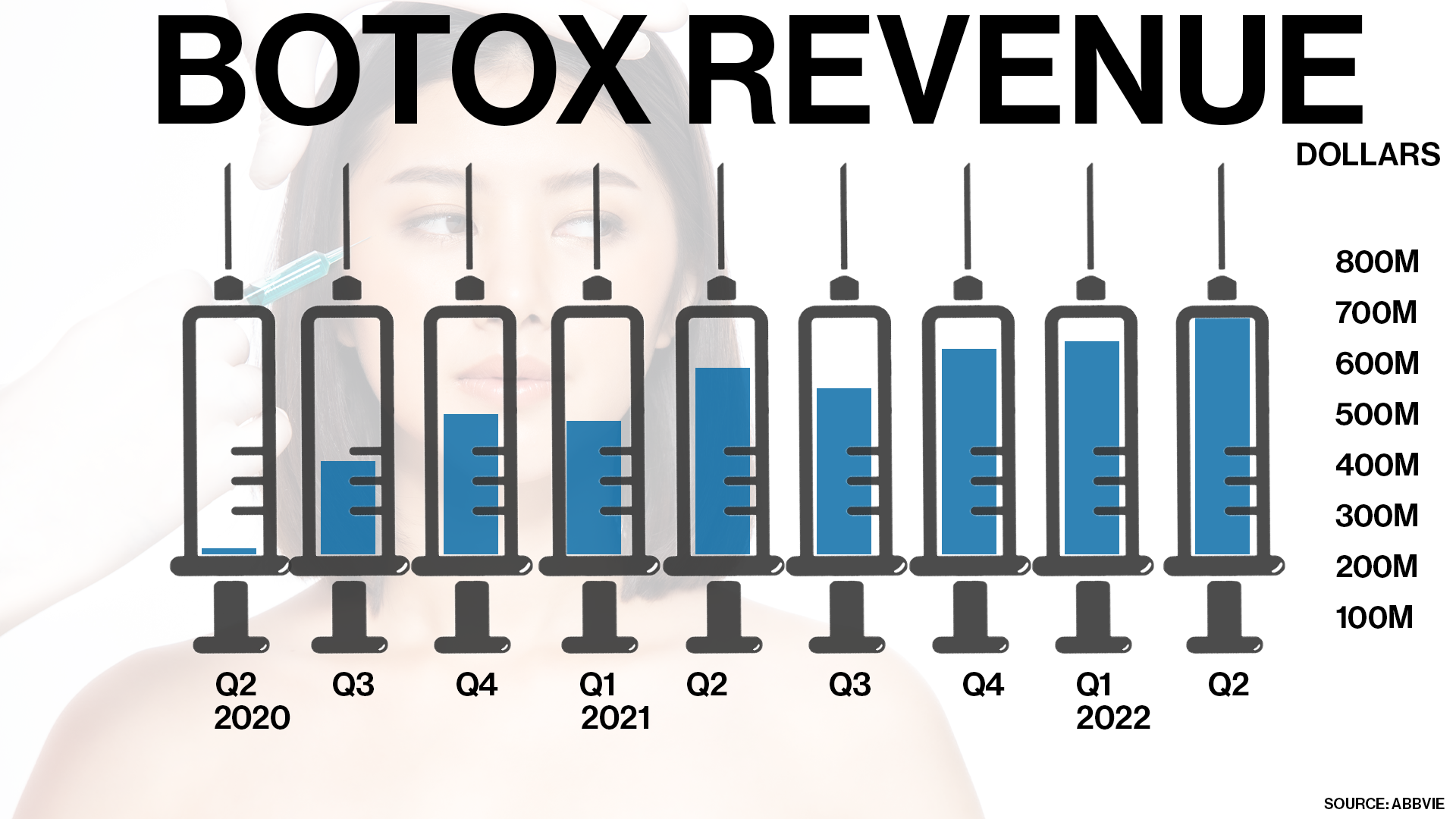 But there are early signs inflation is putting a wrinkle in sales.

“So clearly, from a disposable income standpoint, fillers are more challenging for people than toxins are,” he said. “[Botox is at] a price point where it should be less sensitive to inflationary pressures.”

Bailey hasn’t yet adjusted the price she charges patients for injectables. But as wholesale fees for filler and wrinkle relaxers rise, her margins are getting squeezed.

Brown and Campbell have similarly seen a dramatic increase in costs.

And eventually, practitioners say they’ll be forced to download inflation onto patients.

“At some point… with increasing costs for staff, I think you'll probably see across the country an increase in costs for patients to have procedures performed,” said Campbell.