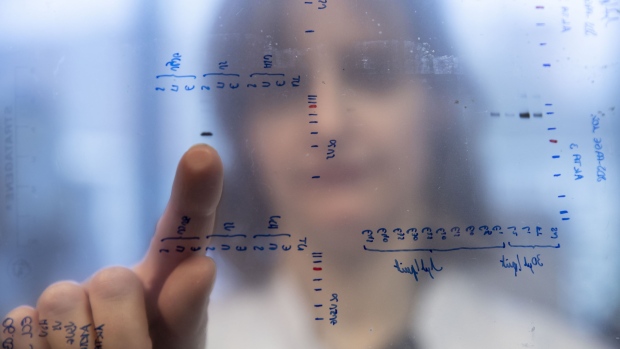 (Bloomberg) -- German Chancellor Angela Merkel described the coronavirus as the greatest challenge facing her country since the end of World War II. Germany’s parliament took that message to heart as part of a package to fight the virus, extending powers to suspend patent rights, a tool last used in the country in 1949.

Governments around the world are reviving rarely used legislation or pledging new measures to ensure that they have the drugs they need to battle the pandemic. Israel last month invoked an emergency patent-suspension clause in its 1967 code for the first time, allowing it to import a generic version of AbbVie Inc.’s Kaletra, which has shown signs of combating coronavirus.

In the U.K., so-called Crown Use rules allow the government to suspend protections it would normally grant a patent’s holder. Those have been used just a handful of times by the British government since 1945 but that could change.

“If there is a drug supply shortage, governments aren’t going to be squeamish about ordering companies to do what they think is necessary,” said James Tumbridge, a lawyer with Venner Shipley in London. In wartime Britain, companies were provided a measure of fair compensation for their rights.

“I can see there being pushback and legal challenges elsewhere from pharma manufacturers if they’re ordered to produce products at uneconomical prices,” said Tumbridge.

Germany’s law stipulates that patent holders must be indemnified, part of long-standing legislation allowing the government to use a patent for the “public good.” It was last invoked in 1949 when the newly established Federal Republic of Germany needed to supply military equipment to the Allied Powers.

“The numerous projects looking for vaccines and medication in the corona crisis show that two things are working well: competition among pharma companies and the output of their research pipelines,” said VFA President Han Steutel.

Germany has yet to invoke its refurbished tool but may do so if shortages emerge, says Julia Schoenbohm, a patent lawyer at Linklaters in Frankfurt.

“I think the rule will come out primarily in case of shortages for existing products that already have patent protection,” said Schoenbohm. “If a company cannot produce sufficient amounts, others should be able to help and not be blocked by patents.”

Drugmakers are feeling the pressure. Chicago-based AbbVie on March 20 said it wouldn’t enforce its patents on Kaletra, a day after Israel authorized imports of the generic version. Gilead Sciences Inc. has faced backlash over the years for its pricing of infectious disease treatments.

“Gilead has no business profiteering from this pandemic and must commit to not enforce or claim its patents and other exclusive rights,” MSF said in a March 27 statement. “Otherwise, Gilead is setting itself up to charge whatever it wants for remdesivir.”

Gilead CEO Daniel O’Day said the following day that the company will work to “ensure affordability and access” of the drug. Test results on whether the drug can treat the virus are expected later this month.

The wild card is the U.S. Washington lawmakers have never invoked compulsory licensing or broken drug patent laws, but states could pressure the federal government to take action.“I’d be very surprised if the U.S. government would ever go against the principles of the free market,” said Tahir Amin, co-executive director of the Initiative for Medicines, Access & Knowledge. “Getting a lower price is one thing, but overriding intellectual property rights is a different thing.”

The government holds all the cards in negotiations with manufacturers because federal statutes give them a right to the best price and the potential windfall for a company with a vital product is huge, said Joe Allen, executive director and founder of Bayh-Dole 40, which educates the public about government-funded research.

“I can’t even imagine how much vaccine you’re going to have to produce, because you’re going to really want to inoculate the whole world,” said Allen. “I don’t think price is going to be a problem, but if it was, the government has the right under its emergency powers to take anything that they want to meet a crisis.”