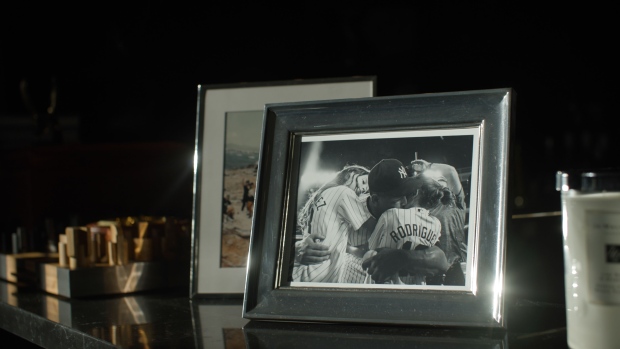 Alex Rodriguez’s goals in business started as soon as he turned pro. Now on the other side of one of the most successful—and controversial—careers in baseball history, his ambitions are accelerating.

“I came to a place of accountability,” Rodriguez said in an interview. “I had good moments and I had very tough moments [in baseball], but I have a clean slate when it comes to being a father, to being a partner, to being a businessman, to being a friend. So I draw incredible motivation from that.”

During a series of wide-ranging interviews in Miami for the Quicktake Originals series “Athlete|Empire,” the 46-year-old Rodriguez laid out a vision for a network of businesses under his A-Rod Corp. umbrella that builds on his success in real estate dating back two decades and now includes private equity and venture investments, a SPAC and an ownership stake in two professional basketball teams.

The baseball world continues to weigh Rodriguez’s achievements against his sins. The former Mariner, Ranger and Yankee is newly eligible for the Hall of Fame, and it remains to be seen if his world-class stats and subsequent work as a CEO, broadcaster and investor draw attention away from the troubling parts of his career on the field.

FROM MLB TO NBA

His partner in purchasing the NBA’s Minnesota Timberwolves and the WNBA’s Lynx is Jet.com founder and Walmart Inc.’s former head of e-commerce, Marc Lore. He and Rodriguez met initially in a failed bid to buy the New York Mets and have since collaborated on a number of projects, including a US$400 million fund called VCP Ventures.

Rodriguez has assiduously courted advice from some of the world’s best known business leaders and investors; his Miami office features pictures of him with Warren Buffett and Bill Gates. He credits basketball star Magic Johnson—one of just a few former players who moved into team ownership—with writing a blueprint for building a business empire.

Beyond those associations, Rodriguez has become a mega-presence on social media: A video board steps from his desk tracks his followers and impressions. He has more followers on Instagram than the team he just bought (the Timberwolves), the last team he played for (the New York Yankees), or any other baseball player, current or former.

Rodriguez said his interest in social media and communications evolved in the year he spent serving the longest suspension in baseball history, his punishment for using performance-enhancing drugs. During that time, he “had an opportunity to turn the lens inward and understand why I was making some of the good choices, the poor choices, the bad bad choices, and understand the conversation, understand storytelling,” he said.

“We’ve really leaned into data, into social media, the digital conversation and commerce,” Rodriguez said, noting that his teenage daughters were responsible for turning him on to Snap Inc., where he became an early investor. “We’ve invested a great deal into really understanding where we sit as a company, as a person, as a family.”

That analysis has helped drive investments in consumer companies like Hims & Hers, Gopuff and Acorns. All told, A-Rod's venture arm has backed more than 60 companies since 2011, and the portfolio has average annual unrealized gains of 2.2 times during the past three years, the company said.

“Establishing a filter has been really important,” said Lisa Peier, A-Rod's chief investment officer. “We think about Alex almost like a piece of land in real estate. You think about the highest and best use of the asset, and what would make sense in terms of specific verticals, types of deals, types of founders in companies where we can bring the most to the table.”

That deal reflected Rodriguez's ongoing interest in real estate, and his ambitions there are growing.

Within sight of the first duplex he bought two decades ago in downtown Miami is one of his biggest projects to date: a 30-story residential tower called Grand Station. And in the booming South Florida property market and beyond, Rodriguez is snapping up single-family homes to renovate and rent.

“We think we’re still in the early innings of single family,” Rodriguez said. “And once we find something, then—and this I learned from Warren Buffett—be disciplined. But when you find your pitch, don’t go for a single or a double, go big.”

His SPAC, Slam Corp., has yet to announce a target. Talks with Panini SpA ended earlier this year after the collectibles company lost exclusive licenses related to the NBA and the NFL, Bloomberg News reported in September.

Rodriguez said being a basketball-team owner may achieve one of his overarching goals: being cool in the eyes of his daughters and creating a business they might someday be a part of. After a recent Timberwolves game against the Philadelphia 76ers, his younger daughter, Ella, caught him off guard.

“She said, ‘Dad, I really like this basketball thing. Maybe one day I’ll get to run the business,’” Rodriguez said. “And I was like, ‘Oh my God, that’s the greatest thing I’ve ever heard.’”