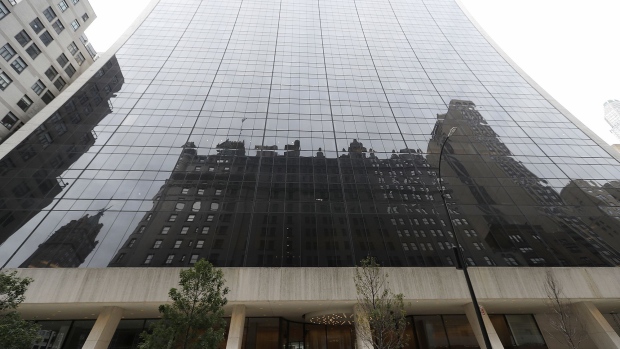 (Bloomberg) -- One of Apollo Global Management Inc.’s most recent billion-dollar business initiatives started with an internal competition unlike anything seen before at the private-equity powerhouse.

During the height of the Covid-19 pandemic last year, the firm made a first-of-its-kind proposal to junior employees: Come up with an idea for a new business or innovation that complements Apollo’s existing platform and collaborate with people across different units to make it happen. The winning team would take home a $100,000 cash prize.

As an associate, Brian Laureano, 29, entered the contest with a pitch to build a new business around investing in second-hand stakes in credit funds. Along with two teammates and mentor Howard Widra, a senior partner in the credit group, the team advanced through several presentations to the final round in front of Apollo’s top brass, including co-Presidents James Zelter and Scott Kleinman and co-founder Josh Harris.

Laureano’s team was declared the winner at a town hall-style meeting in September, beating out dozens of other groups. Still, there was no guarantee at the time that the idea would ever evolve into anything more than that.

Yet within months, Apollo said it was launching a $1 billion credit-secondaries business led by its insurance clients. Secondaries deals have gained more traction in private equity as investors like pensions and endowments look to offload stakes early in funds that can be locked up for a decade or longer. The firm is seeking to hire a managing director to run the team as well as a principal and an associate.

The rapid turnaround from idea to reality reflects the boom times for private equity. Buyout shops took in more than half a trillion dollars in the first half of 2021, according to data provider Preqin. Investors are eager to see firms put that money put to work, with many expanding further into technology and other businesses transformed by the Covid-19 crisis. Blackstone Group Inc. kicked off the industry’s second-quarter earnings last week by announcing it had committed a record $28 billion of capital to new deals in the three months through June.

Blackstone, for its part, has put together similar contests for its junior staffers, called the Blackstone Gives Back Challenge. Last week, the teams presented in front of the firm’s senior leadership -- including Chief Executive Officer Steve Schwarzman, who was on a video call from vacation in the south of France -- to claim $100,000 for a nonprofit of their choosing.

For Apollo, it’s time to do it again. It’s gearing up for the start of this year’s competition, dubbed Apollo Arena, with the submissions period opening shortly. It expects even more participants and more presentations to happen in-person. The top prize this time: $150,000.

“It’s pretty exciting when you step back and think about going from an idea in a competition to something that’s gone to practical reality in less than a year,” Anthony Civale, Apollo’s co-chief operating officer who ran last year’s competition, said in an interview. “There’s no monopoly on good ideas; they can come from anywhere and the principals are really the ones in the trenches.”

Apollo expects to see an uptick in secondaries transactions on the private credit side as investors, who have been pouring money into the $1 trillion asset class in search of yield, look for liquidity as they rebalance their portfolios, Civale said.

He declined to comment on the ideas of last year’s finalists, given that some of those groups are coming back for another shot in the Apollo Arena.

“Given our growth ambition and our desire to continue to evolve the platform, there can be no shortage of ideas,” Civale said. “So we’re big fans of opening up the spigot and seeing what exists.”

As for Laureano, he’s now a principal in the credit-secondaries group -- a move that occurred after the contest. It wasn’t tied directly to the win, as he was already on track for a promotion.

“The competition was really probably a once-in-a-lifetime opportunity,” Laureano said.