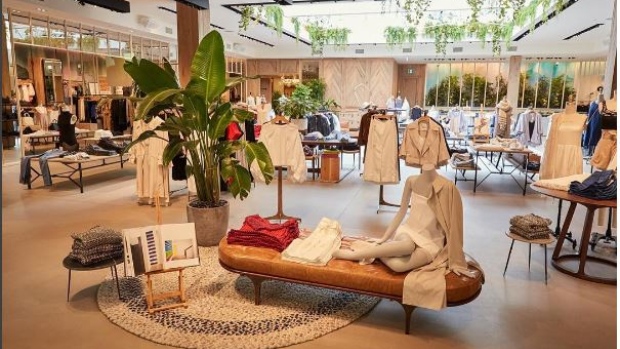 Canadian fashion retailer Aritzia filed for an initial public offering on the Toronto Stock Exchange this week — but 'Why now?' was the question many were asking, as the offering comes at a time when the country’s IPO market is at a standstill and many other retailers are closing up shop.

Despite the volatility in the retail sector, Aritzia seems to be keeping its head above water. The company, whose target market is women between the ages of 15 and 45, reported a profit in the year to May 29 of $38.1 million, compared with $16.5 million in the year ending March 1, 2015.

The retailer, known for its fashion-forward clothes and smart branding techniques, has an aggressive strategy in place to stay ahead of the competition. In its prospectus, the company said its adjusted profit could hit $130 million by the end of 2021. Aritzia also plans to expand its bricks-and-mortar presence by opening up to 30 new stores by 2021 and expanding further in the U.S.

But it took Aritzia decades to reach this point.

The company began as a boutique shop in 1984, when it opened its first store under current CEO Brian Hill at Vancouver's Oakridge Shopping Centre in an affluent Vancouver suburb. Hill is a third generation retailer – his grandfather was a senior executive at Hudson’s Bay Company and his father got his start at a high-end retail store in Vancouver.

In a 2009 interview with businessoffashion.com, Hill said that he saw a “market opportunity, somewhere in between the luxury market and the junior market in women’s fashion, for young women who have significant disposable income but don’t want disposable clothes.”

The retailer now carries 10 exclusive brands –  including Babaton, Talula, Tna, wilfred, Community, wilfred free, le fou, Golden, 1—O1 and  The Group – which currently represent over 90 per cent of the company’s net revenue, according to the IPO prospectus. Aritzia also boasts individually-designed stores, with original paintings and sculptures peppered throughout each one.

It didn’t take young women across the country long to respond to Hill’s vision. In 1999, the company expanded to Toronto and Calgary and less than a decade later, Boston-based private equity firm Berkshire Partners bought a majority stake in Aritzia for an undisclosed amount.

The retailer hit another milestone in November 2007 when it expanded south of the border, opening its first two U.S. stores in Seattle, Washington and Santa Clara, California. Today, Aritzia has 75 stores and hasn’t closed any since its inception.

Not all Canadian retailers have been able to tell the same story as Aritzia. Brands like Danier Leather, Jacob, and Mexx, just to name a few, have all shut down or reduced their number of stores over the last two years.

There are some retailers, however, that are keeping pace with Artizia. As BNN’s Kristina Partsinevelos reported earlier this week, Canadian retailer Roots is a brand that's also doing well. The company has seen “double-digit comparable sales in the past 10 months alone,” CEO Jim Gabel told BNN.
Aritzia plans to ensure it stays relevant by focusing on its eCommerce business, which was first launched in 2013.

The risks of going public

In its prospectus, Aritzia did acknowledge the many risks involved in going public at this time. The company cited consumer confidence, fluctuating currencies and “rapidly shifting fashion and seasonal trends” among the long list of factors for investors to consider.

Investors should also note that the company will have a dual-class share structure, doesn't plan to pay dividends, and won't receive any proceeds from the offering.

While Aritzia’s plan to go public marks a breakthrough for Canada’s IPO market, which had ground to a virtual standstill since Hydro One made its debut on the TSX last year, a recent BNN poll revealed that 68 per cent of respondents would not want to invest in Aritiza’s IPO.

“There really isn’t a shortage of success stories in Canadian retail. You’re going to have some winners and losers.”

"They have taken the time to grow their brands... and as people would say, skate where the puck is going to be. And they’ve done a really good job of anticipating what the next set of trends would be for them."

"One of the big risks right now is they’re entering a market within retail that’s seen some headwinds. I think it’s a good move still, and the market will validate or not validate that. But there are some risks."

"They’re on a roll, let’s face it. There’s probably not a better time to keep that going and really seize that momentum."

"I think the deal is going to be well-received, but not by institutions."

"I'm not even looking at this deal because it's a dual-class share, and for me, that doesn't even make it investible. They made, in my view, a huge mistake making this dual class."