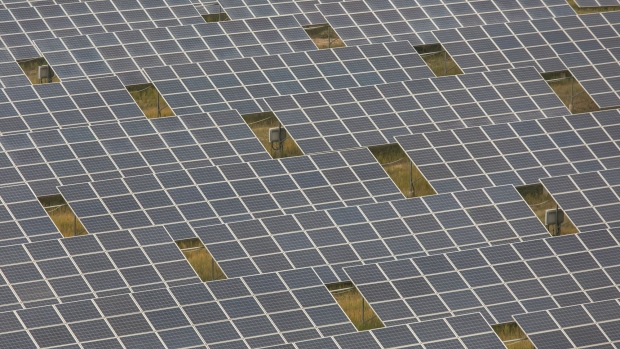 Rising acceptance that the world needs to cut carbon emissions fast has coincided with a parallel rise in ineffective solutions to the problem. There’s now real danger that tools meant to slow global warming may end up allowing more emissions. A prime example of that risk is carbon offsets.

These promissory notes offer buyers an accounting power: Emitters of planet-warming pollution get to deduct emissions from their own their own ledgers simply by purchasing tons of carbon offsets sourced to projects elsewhere. That’s a particularly attractive power to the thousands of corporations now setting net-zero plans.

In an exclusive investigation, Bloomberg Green for the first time has identified dozens of global companies — from banks and industrial giants to shopping websites — that rely on purchases of some of the cheapest and least-effective carbon offsets in order to burnish their green credentials. Some of these big brands, including Delta Air Lines and Credit Suisse, even claim to be operating as “carbon neutral” businesses as a result.

Companies often find it cheaper to buy offsets rather than paying for the solutions that cut emissions. The cost of building your own renewable-energy capacity or retrofitting your buildings with better insulation is often far higher than buying offsets. And from an accounting perspective, the impact is the same. An airline that switches to sustainable aviation fuels, for instance, will probably spend much more to lower its own emissions than the cost of purchasing offsets generated by someone else.

That would be fine — if the offsets actually provided the promised benefit of reducing or removing carbon dioxide emissions. Too many offsets fail to meet that basic standard. Barbara Haya, the director of the Berkeley Carbon Trading Project, views empty offsets as “paying for business as usual” behind a facade of decarbonization. “My fear is that we're going to look back at this brief moment in time when we had to really rein in our emissions,” she said, “and say we failed.”

Within an unregulated global market that’s grown to $2 billion, there are certain types of offsets that are both enormously popular and markedly less effective than others — namely, those tied to renewable-energy projects. “Issuing carbon credits to large renewable energy projects in 2022 goes against fundamental integrity rules of carbon markets,” said Gilles Dufrasne, a policy lead at the nonprofit Carbon Market Watch.

A three-part Bloomberg Green series looks closely at sellers, verifiers and buyers that make up the complete transaction stack for these hollow offsets. The investigation published today traces the biggest buyers, analyzing more than 215,000 transactions last year to show that about 40% of the total came from renewable-energy offsets.

As part of this series, my colleagues in India examined EKI Energy Services, a major seller of carbon offsets. EKI went from being valued at about $10 million to $1 billion — an increase of more than 10,000% in a year. About 95% of the offsets EKI sells are tied to renewable energy, allowing companies to clear away their emissions by backing the buildout of solar, wind and hydro power.

It sounds like an encouraging development, taking money from polluters to help pay for the deployment of more clean energy. But renewable-energy projects rarely need the additional sums that offsets generate, especially now that solar is the cheapest source of new energy in most of the world. Most of the revenue from renewable-energy projects comes from selling clean electricity, with only a small fraction from selling offsets. Yet in the accounting used in an offset transaction, the buyer gets credit for the entirety of the avoided emissions.

Despite the challenges of selling offsets tied to renewable-energy projects, a new initiative from the US State Department wants to use it as a way to move money from global corporations to developing countries. John Kerry, US special envoy for climate who introduced the initiative at the just-concluded COP27 climate summit in Egypt, has said that there will be guard rails to ensure the offsets provide real carbon benefits. But the approach has already stirred concern among experts who are skeptical because the market remains unregulated and open to abuse.

Listen to carbon-offset expert Mark Trexler on how a good idea went so wrong.

As the cost of building renewable energy declines, it’s becoming harder to justify offsets linked to solar or wind projects. That’s why many of big offset-verifying bodies like Verra and Gold Standard have stopped approving renewable-energy projects, unless they are in the poorest countries. Another investigation in this series looked at the Qatar-based Global Carbon Council that has sprung to verify the very offsets that Verra and Gold Standard are giving up on. The GCC has been the main source of offsets that Qataris have bought to call the FIFA World Cup “carbon neutral.”

As the tournament gets underway this week, with matches taking place in seven new stadiums connected by new roads and watched by fans who flew in from around the world, it’s shaping up to be most carbon-intensive World Cup of all time. It’s worth remembering exactly what’s underpinning any messages to spectators about how the organizers have erased the negative environmental impact. That would be some 1.8 million tons of low-quality carbon offsets.

Akshat Rathi writes the Zero newsletter, which examines the world’s race to cut emissions. You can email him with feedback.

--With assistance from Natasha White and Demetrios Pogkas.