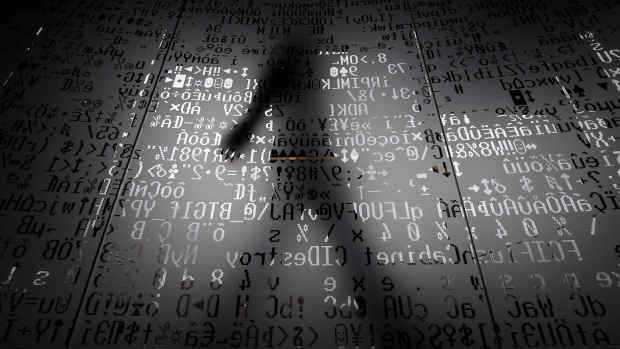 A picture taken on October 17, 2016 shows an employee walking behind a glass wall with machine coding symbols at the headquarters of Internet security giant Kaspersky in Moscow , Bloomberg News

Winning in the bond market used to come down to math skills, gut instinct and the patience to wade through a hefty prospectus. That was before the quants came.

These days the ability to code is one of the hottest skills out there. The multi-trillion dollar market in company debt is getting wired up by systematic players, and firms are having to pay up for the best talent.

Hedge funds are poaching from rivals, sweetening compensation packages and committing more resources, according to recruiters. Credit-quant clients at London firm Selby Jennings are offering annual compensation of up to US$400,000 to a Ph.D. graduate with five years’ experience as a desk strategist.

For seasoned quant traders, opportunities abound. Take ex-Citadel head of quantitative research for global credit Frederic Boyer. He was tapped by Chicago-based Jump Trading earlier this year as the high-frequency pioneer steps up a push into the bond market.

Hugh Willis, co-founder of BlueBay Asset Management, is readying a systematic debt investment firm in London. More than 70 per cent of its 55 staff members are able to code. Man Numeric, a quant arm of the US$113 billion hedge fund, started a corporate debt group last year.

After years of tiptoeing around systematic styles in debt markets, investors are starting to believe in the promise -- ushering in a new world of advanced statistics and robot-learning. About 70 per cent of institutional and 78 per cent of wholesale investors reckon the strategy of dissecting securities by their factors, like value and momentum, are applicable to fixed income, according to a study by Invesco Ltd. 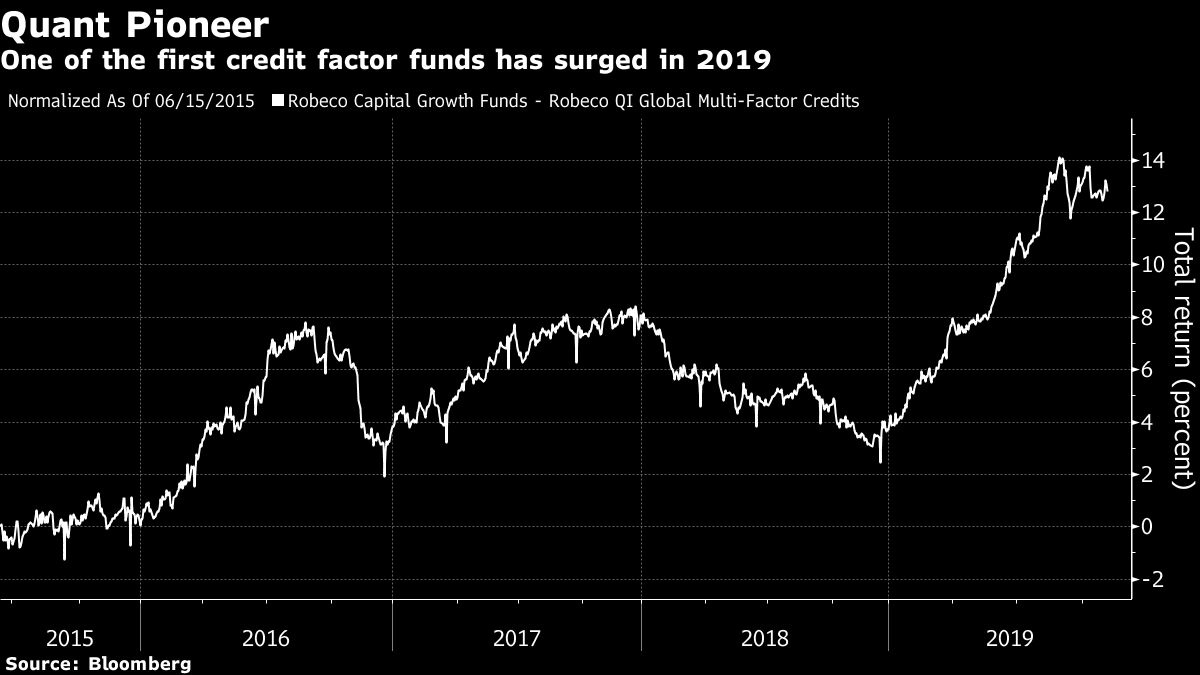 “There’s been an intensification of interest and willingness to put money on the table in the past 18 months,” said Luke Williams, partner at London-based recruitment firm Lascaux Partners Ltd. “Credit has emerged as a stand-alone business in the systematic investing world.”

It’s been a long time coming. While quants for decades have mined stocks for riches, fixed income remains a nascent field. The academic research is slim compared with the volumes devoted to investing in shares. And with equity factors misfiring of late, it’s become the next frontier for data-intensive active strategies.

This new era demands new skills, and fresh entrants are bringing their scientific smarts to an industry where traders still regularly conduct business with peers on a first-name basis.

Andrew Das Sarma is cut from that cloth. Jump recently hired Das Sarma from Citadel where he was a fund manager focused on convertible arbitrage and systematic credit strategies, according to a person familiar with the matter who asked not to be named because the information isn’t public. He holds a master’s degree in Applied Mathematics and a bachelor’s in Physics from Harvard University, according to his LinkedIn page.

The race to acquire such talent is heating up. Recruiter Options Group reports that interviews for credit quant positions are up by a quarter from a year ago.

Members of Kamenski’s team are trained in disciplines like machine learning, engineering, computer science, and econometrics, or using programming and statistics to inform trading.

Day in the Life

Within the glass-walled offices housing Robeco’s Rotterdam headquarters, PhD graduates from the nearby Erasmus University practically have the run of the place. They’re “able to take empirical data, program a backtest and analyze the results and make sense of them,” says portfolio manager Patrick Houweling.

A day in the life of a credit quant is considerably different from a traditional bond manager, who might spend their days on the phone and wading through dictionary-sized offering documents.

At Robeco the firm’s fundamental traders gathered around TV sets earlier this year to catch one of Mario Draghi’s final ECB press conferences. But the quants were conspicuous by their absence.

“There’s no Draghi on TV screens where the quant researchers sit,” said Houweling, author of a pioneering 2014 paper on credit-factor investing.

A proprietary software program dubbed COBRA hums along each night, delivering an email to portfolio managers in the morning, recommending allocations. If no changes are identified to the model, then no trades are made that day. On the fifth floor, where the firm’s quant researchers sit, the atmosphere is as still as a library’s.

For instance, credit markets are plagued by byzantine corporate structures and multiple alphanumeric codes for a single security. Unlike stocks, bonds mature. Plus there’s a dearth of data relative to equities and more stringent liquidity screens.

The computing chops required are far more than just knowing how to make a pivot table in Excel, and the skills in demand go way beyond finance. “One strategist I recently placed had competing offers from Netflix, Google, Facebook and the hedge fund I eventually placed him with,” said Deepali Vyas, global co-head of FinTech at recruitment firm Korn Ferry in New York.

But that’s not to say that good, old-fashioned human judgment is obsolete, the type earned from thousands of hours spent on a trading floor.

At Robeco, humans still intervene in around 5% of its model’s investment decisions when they pick up on something it might have missed, cautions Houweling.

“You need the quant skills and you need the fixed-income skills,” he says. “If you’re not a fixed-income expert, you may miss out on a lot of these bond-specific things which are simply not there in stocks.”

--With assistance from Nick Baker.