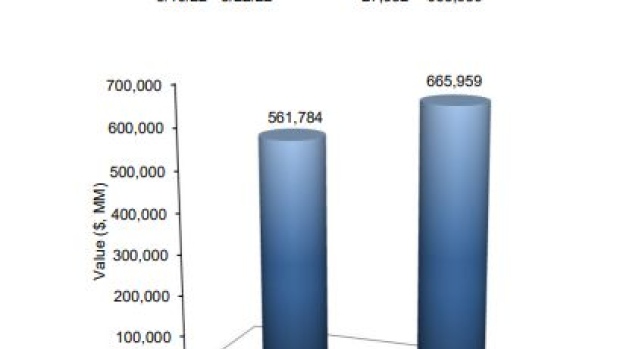 Pedestrians pass in front of the New York Stock Exchange (NYSE) in New York, U.S., on Friday, May 24, 2019. U.S. equities climbed at the end of a bruising week in which escalating trade tensions dominated markets. Photographer: Michael Nagle/Bloomberg , Bloomberg

(Bloomberg) -- Investors bailing on stocks amid mounting recession fears may want to consider the buying spree from those who are in charge of American businesses.

Corporate insiders, whose purchases correctly signaled the bear-market bottom in 2020, are bottom fishing during the S&P 500’s longest stretch of weekly losses in two decades. They were rewarded Monday, as stocks jumped almost 2% on optimism the US will lift some tariffs on Chinese goods.

More than 1,100 corporate executives and officers have snapped up shares of their own firms in May, poised to exceed the number of sellers for the first month since March 2020 marked the pandemic trough two years ago, according to data compiled by the Washington Service.

The spike in purchases comes as investors pull cash from equity funds. Those tracked by EPFR Global just suffered six weeks of outflows, the longest stretch of withdrawals since 2019. Meanwhile, Wall Street strategists are scrambling to downgrade market outlooks, saying the Federal Reserve’s aggressive monetary tightening risks dragging the economy into a recession.

The success of any dip buyers right now arguably comes down to how much faith to put in expected earnings. Should existing predictions come true, S&P 500 companies will earn a combined $248 a share next year. Based on that, the index trades at roughly 16 times profits -- cheap by historical standards. An implication of the buying binge may be that officers and directors are confident they can deliver profits even as the Fed taps the brakes on the economy.

Notably, the insider buy-sell ratio also jumped in August 2015 and late 2018, with the former preceding a market bottom and the latter coinciding with one.

The ratio has surged to 1.04 this month from 0.43 in April. Starbucks Corp.’s Interim Chief Executive Officer Howard Schultz and Intel Corp. CEO Patrick Gelsinger are among corporate insiders who scooped up their own stock amid the latest market rout that took the S&P 500 to the brink of a bear market.

Many explanations exist for Monday’s bounce, from upbeat guidance from JPMorgan Chase & Co. to charts depicting that shares have fallen too far, too quickly. There is also potential for month-end rebalancing that requires fund managers to buy shares after the selloff to bring their equity-bond allocation to preset levels. Another theory points to last Friday’s options expiration leaving market makers free to unwind short positions previously held to hedge their derivative transactions.

Whatever the reason, the prevailing sentiment appears to be that the worst is not over for stocks with lingering threats from the Fed, snarled supply chains and renewed Covid lockdowns in China. The uncertainty over how these issues will affect corporate activity has led to one of the widest gaps in history among strategists’ year-end targets for the S&P 500.

“All we know for sure is that the valuation of any stock or the entire market hinges on whether investor confidence in future cash flows is rising or falling. At present, confidence is falling,” said Nicholas Colas, co-founder of DataTrek Research. “This is not because stocks expect a recession. Rather, it is because the range of possible S&P 500 earnings power runs in a wide channel and can become wider still.”

Yet if corporate attitude toward their own shares offers any clue, things may not look as bad as feared. Not only buying from company insiders is picking up relative to selling, firms are also spending more money to buy back their own stock.

American companies have announced plans to purchase $666 billion of their own shares since January, 19% above the intended total at this time last year, data compiled by Birinyi Associates show.

“It’s encouraging in the sense that they have enough confidence in their businesses to put more money in,” said John Carey, managing director and portfolio manager at Amundi Asset Management. “We’ll see if the trend persists, if the insider buying continues, but generally it’s a positive sign.”