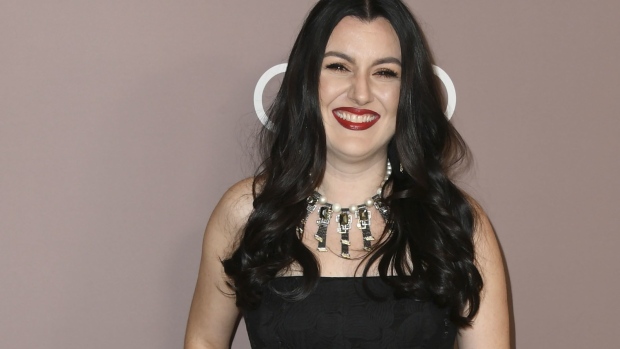 (Bloomberg) -- Three months into her job as chief executive officer of Instacart Inc., Fidji Simo is making her mark on the grocery delivery startup, determined to prove the company isn’t just a pandemic phenomenon and that its business model is resilient enough to withstand the scrutiny of public markets.

A stock offering for the company, which has a private market valuation of about $39 billion, “will happen at some point,” Simo said in an interview with Bloomberg. For now, Instacart’s focus is “building a company that will stand the test of time.”

It’s a tall order for the nearly 10-year-old San Francisco-based startup, which was one of the pioneers of grocery delivery and is now facing increasing competition from Amazon.com Inc., Uber Technologies Inc. and DoorDash Inc. Instacart is investing heavily in products for retailers and building other revenue streams like advertising to prop up its core marketplace business.

To help further its goals in preparation for a public offering, Instacart is appointing two women to the board, Meredith Kopit Levien, president and chief executive officer of the New York Times Co, and Lily Sarafan, co-founder and executive chair of Home Care Assistance, an elder care network. The additions will expand Instacart’s board to nine members, five of whom were appointed this year. Simo said Instacart hopes to tap Kopit Levien’s experience revamping the New York Times’ subscription model and Sarafan’s background in building marketplaces and embedding technology in another slow-to-innovate industry: senior care.

Simo, a Facebook Inc. veteran, will also contend with unique challenges emerging from a post-pandemic world. Instacart, which is vying to build a sizable advertising operation, is depending on that higher-margin revenue stream to keep prices on the marketplace from rising. However, recent supply-chain disruptions complicate Simo’s balancing act: Advertisers are scaling back ad budgets and consumers are seeing more items out of stock.

While prices on the app haven’t increased substantially, Simo said, Instacart is highlighting more deals from brands to offset of the rise in food costs. But that lever comes with the trade-off of crowding the app with promotions. Over the long term, Simo said the company is developing more products to take prices down and it’s "definitely something that we're keeping an eye on."

Instacart’s future hinges on online grocery growing, which Simo is confident can reach 30% over the next five to 10 years, up from about 10% now. The “biggest hurdle” will be prices, Simo said. While supply chain disruptions may prove fleeting, they underscore Instacart’s need to stay nimble. “Cost is going to be the biggest driver.”

Simo declined to provide specific timing but said a priority ahead of going public will be to expand Instacart’s e-commerce products, from online software to in-store technology, that it sells to supermarkets.

“I see Instacart as the platform that grocery retailers are going to turn to in the fight against Amazon,” she said. But before it can re-establish itself as supermarkets’ savior, Instacart has to convince grocery partners that it has no plans of becoming a competitor.

In her first 90 days, Simo has already bought two companies to prove it: catering software company FoodStorm and self-checkout “smart” cart startup Caper AI, its largest acquisition ever at $350 million. The deals also illustrate how Instacart plans to set itself apart from Uber and DoorDash. “These platforms really focus on aggregating demand and, over time, owning inventory. That’s not our strategy at all,” Simo said.

Instead, Instacart is focusing on the battle to acquire more customers by boosting membership in its subscription service, Instacart Express, which sees higher rates of customer retention.

Investors are keenly focused on how Instacart differentiates itself from Uber and DoorDash, which have membership services of their own, said Tom White, an analyst at D.A. Davidson. “If there are ways to create more recurring revenue streams, as opposed to a cut of a transaction, investors are more likely to reward that.”