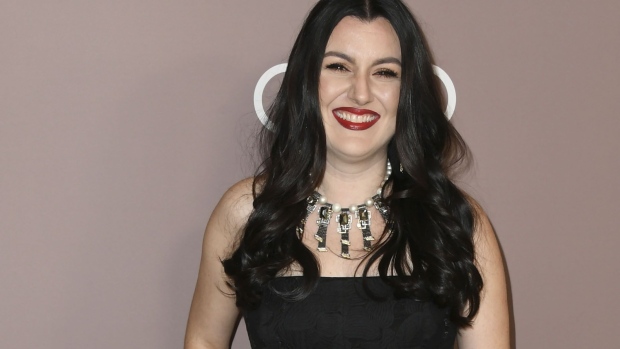 Simo, 35, will start her new role by Aug. 2, the company said in a statement. Mehta will become executive chairman of Instacart and will remain “very engaged” in the day-to-day operations of the business.

“The idea of someone else running the company had never even crossed my mind,” Mehta said in an interview. “But this changed when I met Fidji. Both of us share an incredibly ambitious vision for Instacart’s future.”

A former Amazon.com Inc. employee, Mehta, 34, helped found Instacart in 2012 and has built the company into one of the most valuable startups to come out of Silicon Valley. The pandemic spurred a surge in delivery demand, catapulting Instacart from a luxury to a practically essential service almost overnight. The company’s explosive growth has made it a serious contender in online groceries alongside Walmart Inc. and Amazon. Instacart generated net revenue of about $1.5 billion in 2020.

Simo, who joined the Instacart board in February, will be responsible for shepherding the company through its post-pandemic chapter and ensuring it can parlay its momentum into a successful IPO later this year. Instacart doubled its valuation to $39 billion in a March funding round where it raised $265 million from investors.

Simo has been at Facebook for more than a decade, working her way up the company’s product organization to one of its top jobs, reporting directly to Chief Product Officer Chris Cox. She’ll be replaced by another longtime Facebook product veteran, Tom Alison, who was Simo’s No. 2.

After starting at the social media giant working on advertising products for the News Feed, her public profile took off after she began running Facebook’s video products, which have been some of its highest profile products in recent years. Simo ran Facebook Live as the company signed deals with publishers for streaming video content, helped launch Facebook’s video ads, and was also in charge of video for the launch of Facebook’s YouTube competitor, Facebook Watch.

She took the top job running Facebook’s core social network in March 2019 and has been a proponent of the company’s push toward creator and video products during the pandemic, including its recent live audio push. She’s also been a vocal critic of Apple Inc., calling out the company over its in-app purchase fees, which Facebook argues hurts creators.

As one of Facebook’s most important product executives, Simo had also reached the top of Facebook’s product ladder. Above her in the organizational chart is only CEO Mark Zuckerberg, and Chris Cox, the company’s longtime head of product who rejoined Facebook last year after a short stint away.

Meanwhile, San Francisco-based Instacart has been bolstering its corporate ranks this year by hiring a series of top executives. Nick Giovanni, who previously served as head of the technology, media and telecom group at Goldman Sachs Group Inc., was appointed chief financial officer in January, and a former Facebook vice president of product, Asha Sharma, was tapped as chief operating officer in February. Most recently, Instacart brought on Snowflake Inc. CEO Frank Slootman to its board of directors.

In addition to continuing to grow within grocery delivery into categories like convenience store items, Simo said Instacart will also look to expand globally. Her success in helping build Facebook’s advertising business, which topped $84 billion in annual revenue in 2020, will come in handy at Instacart, where the number of advertisers on its platform increased by 500% last year. “Advertising is going to be an ever-growing part of Instacart’s revenue going forward” Simo said in an interview.