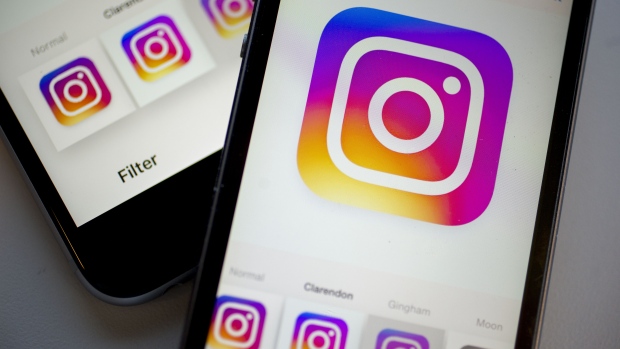 Facebook Inc.'s Instagram logo is displayed on the Instagram application on an Apple Inc. iPhone in this arranged photograph taken in Washington, D.C., U.S., on Friday, June 17, 2016. , Bloomberg

The popular social media app’s unannounced refresh, which Instagram has since labeled as a bug, took users by surprise Thursday. Instead of scrolling through posts vertically, some people were forced to swipe and tap left and right through their feeds, similar to how the app’s “stories” feature works. Users went berserk on social media, with #instagramupdate trending on Twitter. Instagram quickly reverted back to the original top-to-bottom scrolling feature even before everyone had seen the update.

"That was supposed to be a very small test that went broad by accident," Adam Mosseri, the head of Instagram, tweeted alongside a grimacing emoji. "Should be fixed now."

That was supposed to be a very small test that went broad by accident. Should be fixed now. If you're still seeing it simply restart the app. Happy holidays! 😬

Earlier this year, a redesign of Snap Inc’s Snapchat was met with similar outrage and the company has struggled since. The change separated chats and postings of friends from the rest of the app -- the content from media organizations that is paired with advertising sold by Snap. The platform has since seen a decline in the number of daily users, a key metric for social media companies.

Facebook is relying increasingly on growth at Instagram, which now has about 1 billion users, as its flagship social media network has almost reached saturation point. Future revenue growth at the company depends on Facebook’s ability to shift marketer’s interest to new ads in messaging services and marketing spots in “stories,” especially on Instagram.