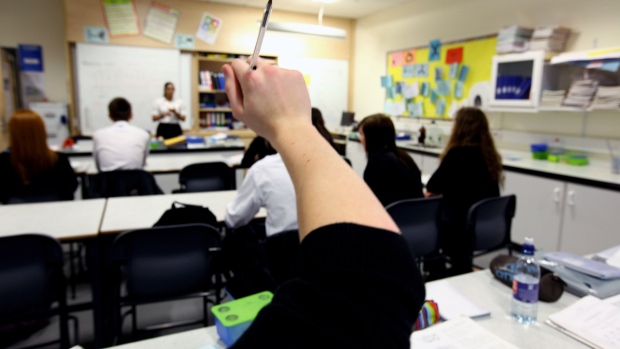 The private equity firm boosted its offer to $49 per share in cash, from an earlier proposal of $47.60 per share, Instructure said in a filing Friday. Thoma Bravo’s latest bid is its best and final offer, according to the filing.

Instructure’s board has approved a revised deal agreement and recommended investors vote in favor of the transaction. The company plans to adjourn a shareholder vote that was scheduled for Friday and will postpone the meeting until Feb. 25.

The terms are aimed at sealing what has become an especially messy take-private deal.

Thoma Bravo agreed to buy Instructure in December in a deal worth about $2 billion, but several investors balked at the original price and accused the company of running botched sales process. Thoma Bravo had to decide whether to boost its offer or walk away this week after it became clear that shareholders were going to reject that pact.

Instructure boosted its initial offer by 90 cents but the company’s board rejected that proposal, in part because it it had a complicated structure involving a two-step tender offer, Bloomberg News reported this week.

The latest terms may still not appease investors. At least four of Instructure’s sizable shareholders reached Thursday said they would only consider potential acquisitions for Instructure at the mid-to-high $50-a-share range, arguing its Canvas business is extremely valuable.

To contact the editors responsible for this story: Ben Scent at bscent@bloomberg.net, Aaron Kirchfeld