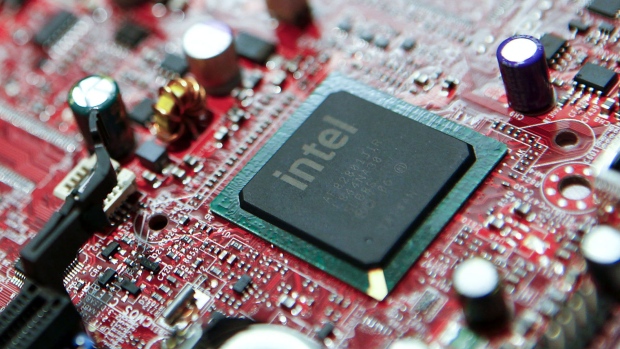 The world’s largest semiconductor maker reported a 23 per cent jump in first-quarter revenue and better-than-projected profit, bolstered by demand for chips that run the laptops and server machines companies need to keep people working from home. Though it gave an optimistic second-quarter sales target, Intel’s profit outlook fell short of estimates, sparking concerns that a spending slowdown will drag on business for the rest of 2020.

Sales in the current period will be about US$18.5 billion, the Santa Clara, California-based company said in a statement Thursday. Analysts estimated US$18.08 billion on average, according to data compiled by Bloomberg. Net income will be about US$1.04 a share, compared with Wall Street expectations of US$1.11.

Companies have reacted to coronavirus shelter-in-place orders by buying more laptops to keep employees working remotely. At the same time, data-center owners have responded to a surge in video-conferencing, social-media use and movie streaming by stocking up on pricey Intel processors that run server machines. Those trends fueled a 14 per cent increase in PC-related chip sales in the first quarter, and a 43 per cent gain in the company’s data-center division.

Still, the soaring first-quarter sales fed into concerns that demand may have peaked early in the year, with Intel and its customers girding for the worst recession since the 2008 financial crisis. In the report, the chipmaker said it expects weaker demand from government and corporate clients in the second half of 2020.

The company suspended its share repurchase program in late March and did not reinstate buybacks on Thursday. It also sold US$10 billion of debt recently to give itself a financial cushion if needed, Chief Financial Officer George Davis said in an interview following the results.

Gross margin, or the percentage of sales remaining after deducting the cost of production, will suffer in the second quarter as Intel increases production of new chips. That will be reversed when those products go on sale in the second half, he said.

First-quarter sales climbed to US$19.8 billion, the chipmaker said. Analysts on average had predicted US$18.83 billion. Net income was US$5.7 billion, or US$1.31 a share, compared with per-share estimates for US$1.23. Gross margin, or the percentage of sales remaining after deducting the cost of production, widened to 60.6 per cent in the quarter.