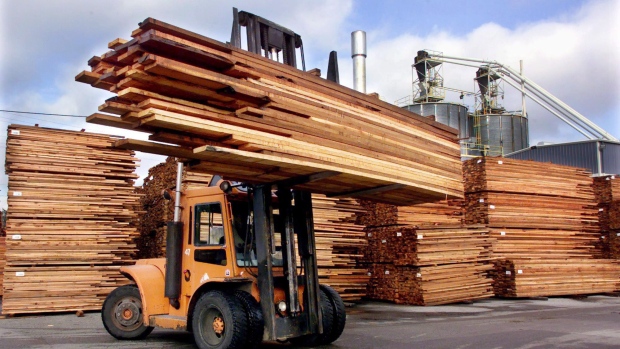 VANCOUVER - Interfor Corp. says it earned $3.2 million in profits in its latest quarter despite lower revenues.

The Vancouver-based forest products producer says its net income equalled five cents per share in the second quarter, compared with a net loss of 17 cents per share or $11.2 million a year earlier.

Interfor was expected to report four cents per share in adjusted profits on $351 million of revenues, according to financial markets data firm Refinitiv.

Total lumber production decreased by nearly one-third to 421 million board feet from the first quarter as it temporarily cut output in an early response to the COVID-19 pandemic before returning to normal rates by the end of the quarter.