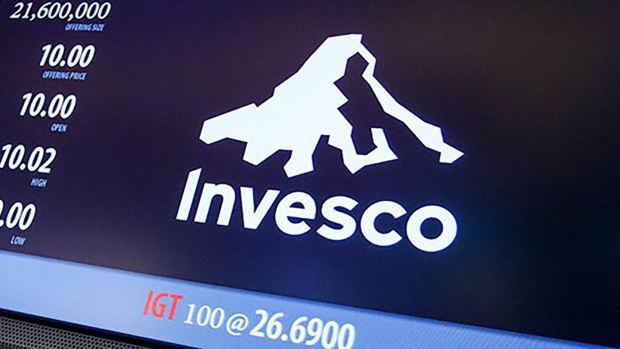 (Bloomberg) -- Invesco Developing Markets Fund renewed its demand for an extraordinary general meeting to replace the board of Zee Entertainment Enterprises Ltd., according to a letter seen by Bloomberg, shrugging off Sony Group Corp.’s attempt to take over India’s biggest private-sector TV network.

In a Sept. 23 letter to Zee’s board, Invesco reiterated its demand for the removal of non-independent directors and sought the introduction of six additional independent ones. Earlier this month, Invesco had asked for an EGM to oust Zee’s Chief Executive Officer Punit Goenka along with two board members.

Sony Group Corp.’s Indian unit last week signed a non-binding offer to buy Zee. The companies said they’re entering a 90-day exclusive talks period during which they’ll conduct mutual diligence and negotiate a binding agreement. About 53% of the merged entity would be owned by Sony India shareholders and the rest by Zee’s holders, and Sony would nominate a majority of the board.

Invesco and OFI Global China Fund LLC, which together hold about 17.9% stake in the network, said the deal was struck in “erratic manner.”

“A newly constituted board supported with the strength of independence will be best suited to evaluate and oversee the potential for strategic transactions,” according to the Sept. 23 letter from Aroon Balani, vice president of Invesco.

Zee will take necessary action according to the law, a representative for the company said without confirming if the firm has received Invesco’s letter. An Invesco spokesperson didn’t immediately reply to an emailed request for comment outside of business hours.

“Through this letter, Invesco has let know that they are not withdrawing the call for the EGM,” said Shriram Subramanian, founder of proxy advisory firm InGovern Research Services Pvt. Ltd., adding shareholders will have to evaluate whether the directors proposed by Invesco would be more qualified and have relevant media experience than the ones that would be brought in by Sony. “Invesco has also not offered any alternative solution and have not explicitly stated that they are against the Zee-Sony merger.”

The removal demand of Goenka was seen as a way to end the sway of founder Subhash Chandra’s family over the company, which was founded in 1992 and was once Rupert Murdoch’s Indian partner. The two board members that Invesco requested be removed have resigned.

Chandra, a rice-trader-turned-media-mogul, and his family had brought down their stake in Zee to help pare debt at their flagship Essel Group. Chandra, in a letter dated Aug. 3, said the group had emerged from financial stress and settled 91% of debt owed to 43 lenders.

The proposed deal would expand Sony’s media business in the world’s second-most populous country even as the non-binding term sheet needs approval from 75% of Zee shareholders.