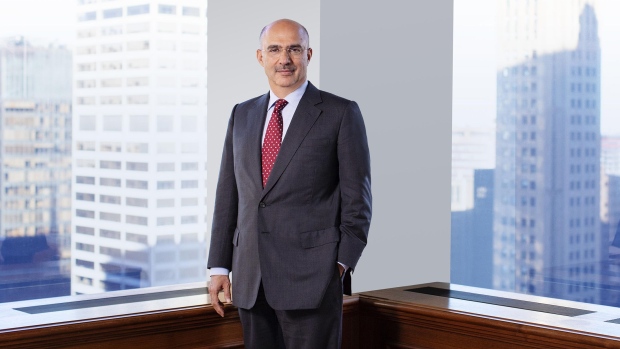 (Bloomberg) -- Investcorp Holdings BSC is looking to more than double its assets by focusing more on institutional capital, according to Executive Chairman Mohammed Alardhi.

The biggest private equity and alternative asset manager in the Middle East can amass $100 billion in about seven years, Alardhi said in an interview with Blooomberg Television on Sunday. It currently manages nearly $40 billion, he said.

“We have an ambition to be a $100 billion company one day, in the medium term,” Alardhi said. “Acquisitions, organic growth, joint ventures are things that we have done and we will continue to do.”

Investcorp, which has delisted from the Bahrain stock exchange after almost four decades, now has the agility it needs to expand by going back into private ownership, Alardhi said.

“The structure of going private is the right thing for us to do now as we prepare the company for the next stage of its growth,” he said. “For many years we have served the retail investors in a deal-by-deal model. We would like to change that so we target sustainable capital, institutional capital.”

The money manager, which continues to be headquartered in Manama, is already the Gulf’s largest private investor in U.S. real estate and it’s pursuing a plan of expanding in Asia. Abu Dhabi sovereign fund Mubadala Investment Co. in 2017 acquired a 20% stake in Investcorp, which has backed companies including Tiffany & Co. and Gucci Ltd.