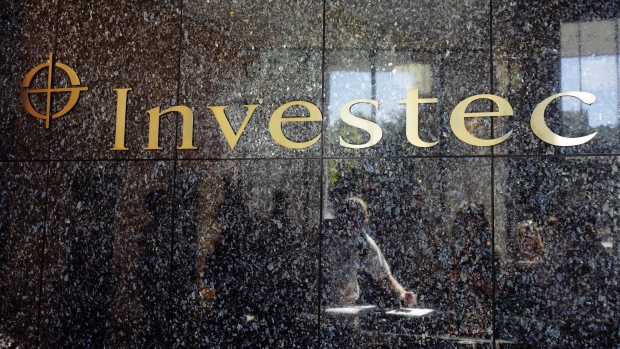 Investec Ltd. expects first-half profit to slump as much as 68% because of the economic slowdown caused by the coronavirus pandemic.

Headline earnings including the bank’s demerged asset management unit will likely fall to between 7.3 pence and 9 pence in the six months through September, compared with 22.7 pence a year earlier, the Johannesburg-based lender said Friday.

“The first half of the year has seen lower average interest rates, reduced client activity and a 22% depreciation of the average rand against pound sterling, compared to the prior period,” it said in a statement. “Capital and liquidity ratios remain robust and are expected to be stable.”

The owner of banks and wealth-management businesses is restructuring its U.K. lending operations and planning as many as 210 job cuts -- about 13% of staff -- in order to remove redundant roles and save costs. Investec spun off its asset management unit in March to provide Ninety One Ltd. with more scope to scale-up, while creating a more focused banking unit.

Investec Plans to Cut 210 Jobs at Its U.K. Banking Division

In line with regulatory guidance in South Africa and the U.K., Investec doesn’t expect to declare an interim dividend, the bank said. In May, the lender scrapped its final dividend and doubled loan-loss provisions as it braced for further fallout from the pandemic.