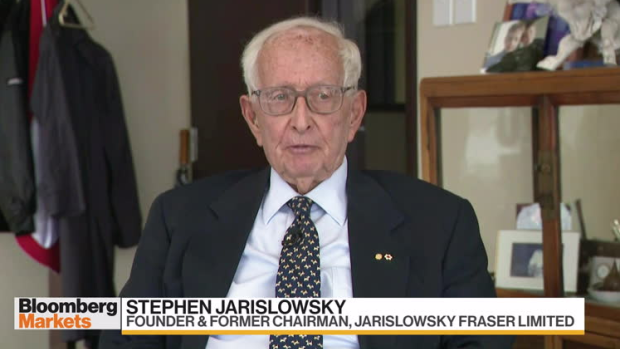 TORONTO - Investor advocacy group FAIR Canada is struggling to obtain funding and says it has returned $2.4 million to the Jarislowsky Foundation because it was unable to meet the donation's condition of matching it by 200 per cent.

FAIR Canada has reached out to governments, securities regulators and self-regulatory organizations over the years which have been “generally unwilling to provide adequate support,” it said Friday.

“Government, regulators and the financial services industry have a responsibility to fund a professional investor rights organization who advocates on behalf of ordinary Canadians,” the charitable organization said in a release.

“The everyday investor and financial consumer represent a majority of the population and workforce of this country.”

The independent organization which aims to provide a voice for Canadian investors said it received $2 million in 2012 for an Endowment Fund for FAIR Canada from the foundation founded by billionaire investor Stephen Jarislowsky. The donation came with a deadline of Sept. 30, 2014, to meet the two-for-one matching condition.

FAIR Canada said it was able to obtain $2 million in endowment funding from the Ontario Securities Commission in 2014 but was not able to secure the additional $2 million required.

The deadline has been extended multiple times with a final deadline of Sept. 30, 2019.

“Besides financial support from the OSC, in recent years applications to self-regulatory organizations have been met with limited success.”

FAIR Canada said it had applied to the Investment Industry Regulatory Organization of Canada in 2018 for $2 million in endowment funding “as a last resort” to meet the latest deadline and was rejected. The self-regulatory body agreed to $250,000 in operational funding from a fund that collects fines levied for breaking IIROC rules.

It added that IIROC's predecessor organizations provided the initial funding for FAIR Canada's creation in 2008, and had made further donations in subsequent years totalling $4.9 million, IIROC said in an email.

IIROC said it provides funding for many initiatives and organizations across the country that are committed to supporting investor protection, investor education and financial literacy.

“Overall, IIROC wants to ensure the voice of the investor is heard. To this end, we work with a number of groups to solicit and understand the views of all stakeholders including FAIR Canada, CARP, Prosper Canada and our own national investor panel,” it said in an email.

Alongside the return of funds, Jarislowsky has stepped down from the advocacy organization's board of directors.

He said in a statement on behalf of the Jarislowsky Foundation, provided by FAIR Canada, that he should not remain associated with an organization that securities commission and governments will not support.

“If I remained as a director my association might be read by the public as an endorsement of the current unsustainable state of FAIR Canada,” Jarislowsky said. “In my view, the commissions are satisfied, if FAIR Canada has barely the resources to respond to their requests for comment (and not to expose the many other problems in our financial markets).”

He said its mission should not be accomplished using private funds like his foundation as “this is the job of government.”

Governments, regulators, self-regulatory organizations such as IIROC and the Mutual Fund Dealers Association “have the financial means to enable FAIR Canada to be sustainable and to be effective in its mission of advocating for and furthering individual investor interests and rights,” Jarislowsky said.

“They collectively have over $100 million in fine money. They kept the organization alive but they have not provided adequate support for it to actually realize its potential or be operationally sustainable.”

He added that if government, commissions and self-regulatory organizations do step forward to provide funding then he is willing to consider recommending his foundation support FAIR Canada financially again.