Investors are talking about Psychedelics. No, they aren’t tripping. - BNN Bloomberg
{{ currentBoardShortName }}
Markets
As of: {{timeStamp.date}}
{{timeStamp.time}} 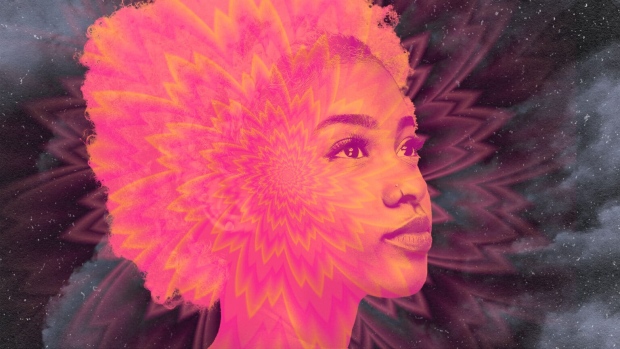 Turn on, tune in, invest? Why all the buzz around psychedelics lately?

Decades of study have shown the use of psychedelic drugs — as in the kinds of drugs formerly associated with recreational hallucinogens — may have the potential to be effective in treating mental health disorders, including depression, suicidal thoughts, and Post Traumatic Stress Disorder (PTSD). Just as medical breakthroughs for diseases such as diabetes or cancer have proven profitable for drug companies, investors are betting the discovery of successful treatments for mental health disorders could bring big returns. Some market onlookers in the U.S. project the market for psychedelic-based treatments could grow from about US$2.8 billion today to US $6.85 billion by 2027.

Where does the idea of hallucinating for health come from?

Hallucinogens are not new. Humans have been ingesting mind-altering drugs for thousands of years — and there’s archeology to prove it. Three huffing bowls made for inhaling hallucinogens and dating to around 400 B.C. have been discovered in the Caribbean. In South America, hallucinogens are a traditional part of indigenous spiritual rituals. By the 1960s, U.S. medical researchers like Harvard professor Timothy Leary began to explore the benefits of drugs like LSD in psychiatric treatment. At the time, the U.S. the government believed these drugs were a public health threat and criminalized them. In fact, President Richard Nixon once called Professor Leary “the most dangerous man in America.” The domestic war on drugs made it difficult for scientists to maintain credibility and obtain funding, and as a result many abandoned their research. 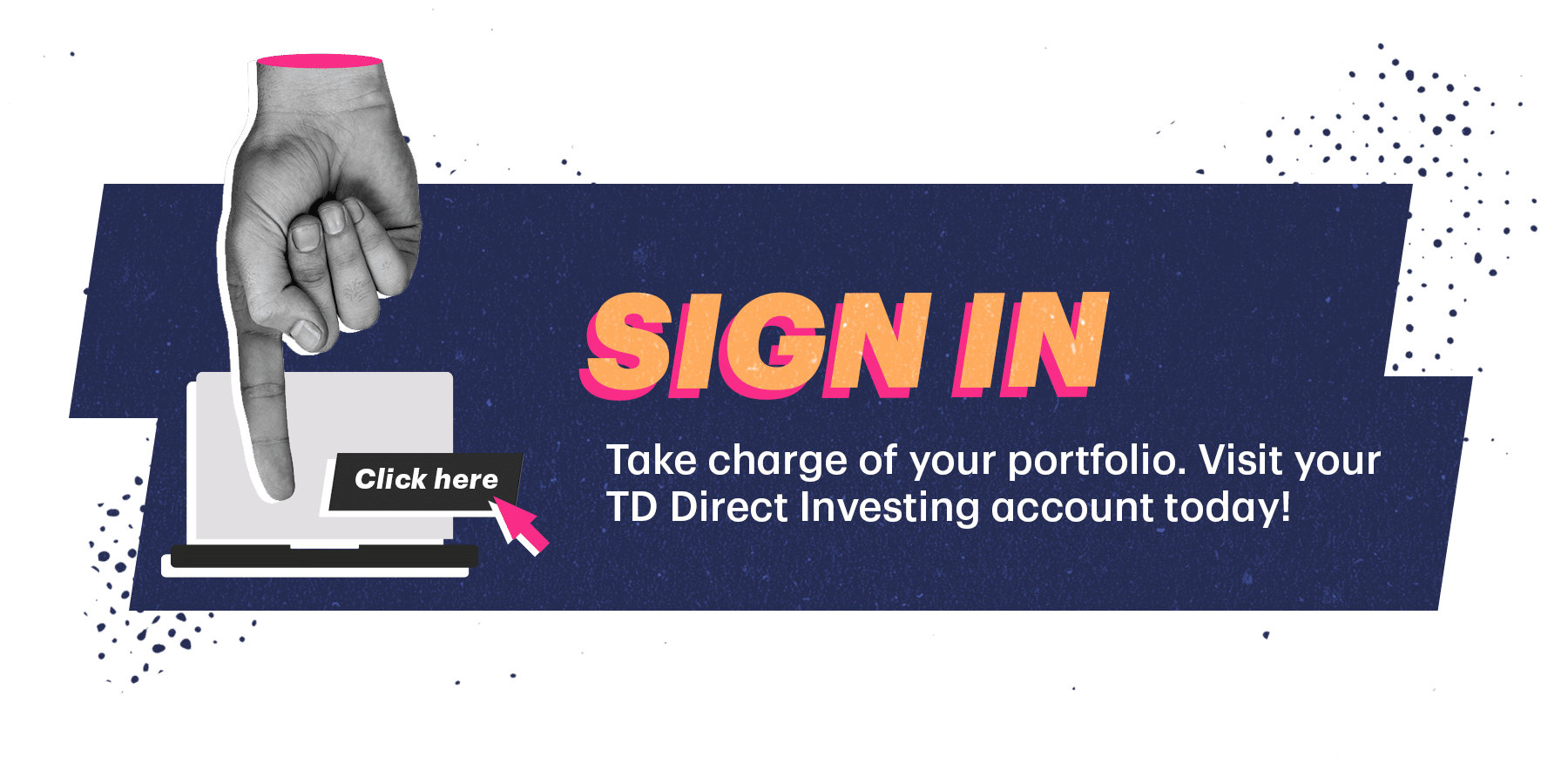 So psychedelic drugs were definitely frowned upon. What changed?

In 2017, the U.S. Federal Drug Administration (FDA) recognized “breakthrough therapy” status for psychedelic-assisted treatments — most notably for PTSD. This designation helps expedite the development and review of drugs that treat a serious or life-threatening condition where clinical evidence indicates the drug may demonstrate substantial improvement over available therapies. Since then, health regulators in both Canada and the U.S. have amended existing regulations to permit research on the efficacy of this category of drugs.

The fact soldiers from Canada and the U.S. were returning from Afghanistan with high rates of PTSD has been an important catalyst for the support — and millions of dollars provided for research — of the beneficial possibilities of Psychedelic Assisted Psychotherapy (PAP). Canada’s Centre for Addiction and Mental Health (CAMH) estimates mental health disease costs the economy $51 billion annually. In any given week, 500,000 Canadians are unable to work due to mental health problems — that’s greater than the entire population of Halifax.

What we are seeing now is a shift from woo-woo recreational use of psychedelics to biotech start-ups focused on developing medical applications for these drugs.

What kind of drugs are researchers looking at?

Psychedelics fall into two broad categories: plant-based, and chemical compounds. On the plant-based side, psilocybin is a hallucinogenic substance found in certain types of mushroom. This plant-based compound is the focus for several biopharmas looking to develop treatments. In 2020 Health Canada approved psilocybin therapy for select patients with terminal illness. Not surprisingly, biopharma companies looking to raise large pools of capital don’t want their work associated with the negative connotations of party drugs. So maybe don’t call them magic mushrooms — it’s psilocybin to you.

On the chemical side of things, the focus is on a pair of drugs: ketamine, an approved anesthetic that appears to have an antidepressant effect, and MDMA, also known as the party drug Ecstasy. In May 2021, the results of a Phase 3 trial sponsored by the Multidisciplinary Association for Psychedelic Studies (MAPS) were released, confirming the efficacy and safety of a MDMA-assisted therapy for PTSD under a MAPS protocol.

Have regulators changed their mind about these drugs?

In the same way public acceptance of marijuana has changed over the past few years and is now legal in Canada and parts of the U.S., the regulatory landscape for psychedelics is also changing. In Canada, psychedelics remain classified under the Controlled Drugs and Substances Act (CDSA), however researchers can obtain an exemption under Section 56 of the CDSA. In the U.S. there is a growing willingness to fund studies of the therapeutic benefits of these drugs.

By permitting research on the quantifiable impact of psychedelics, regulators have turned to science to determine if these treatments hold the possibility of improved mental health outcomes.

With public and government sentiment changing, biotech and senior pharmaceutical companies are seizing the opportunity get into this field. Many have already turned to the stock market to raise money. Developing intellectual property and conducting lengthy drug trials is expensive! Early investors are betting companies that successfully bring their psychedelic drugs to market first could see their stock — wait for it — hit new highs.

How risky are psychedelic stocks?

Psychedelic biopharma companies are a speculative investment. In other words, they are risky.  Here are two reasons why:

As an investor, you want to be risk aware. That may not mean you won’t invest; but it does mean you consider the risk of a specific investment in the context of your goals. 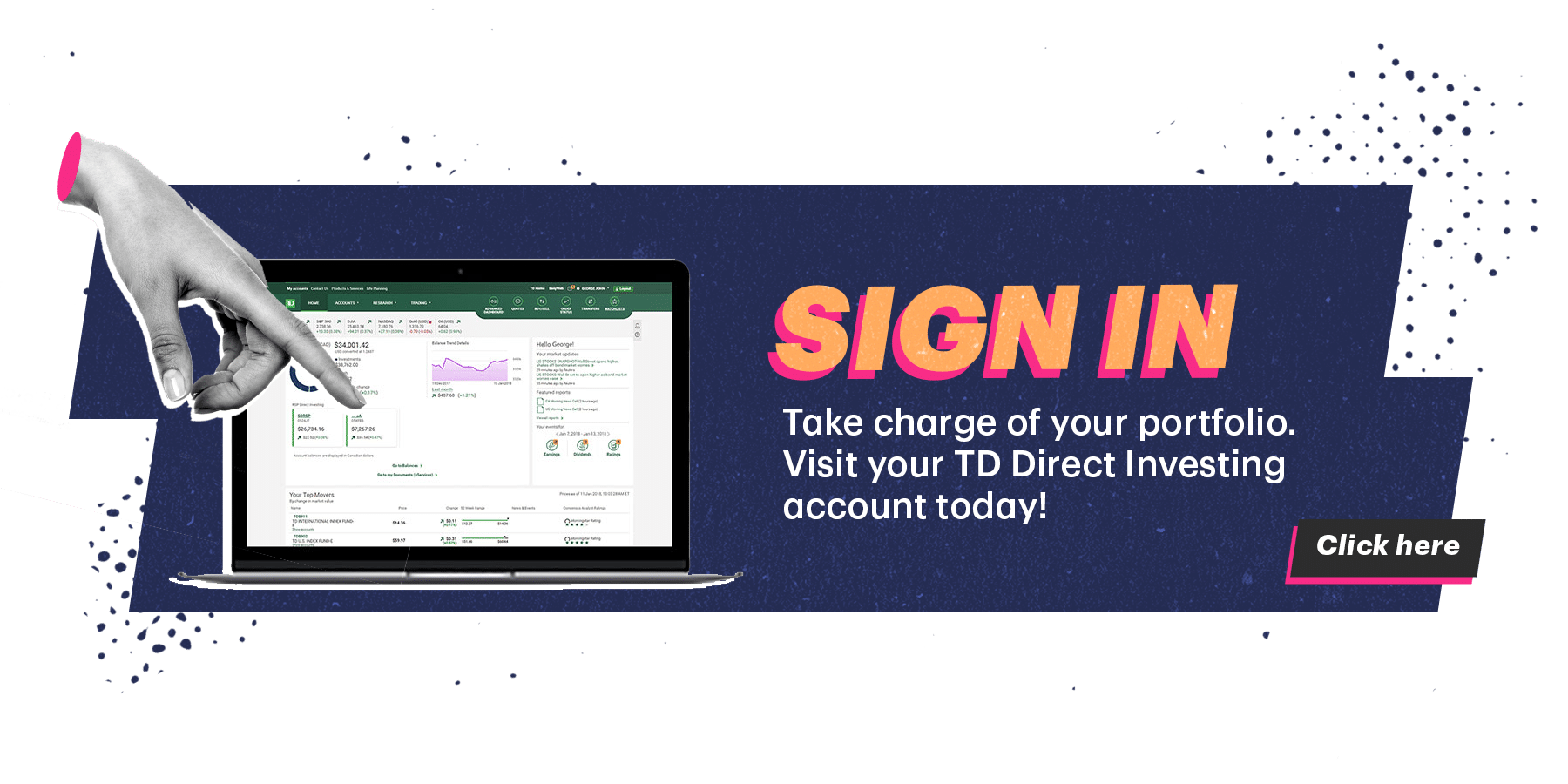 Got it. So what are some ways investors are including psychedelics in their portfolios?

There are two ways investors are approaching this sector: by purchasing a sector-specific ETF or buying individual stocks. Purchasing an ETF is one of the ways investors try to manage the risk of investing in a speculative sector, because they hold a basket of stocks instead of depending on only one or two companies to be successful. When buying an individual psychedelic stock, taking time to do your research about the sector and any progress or setbacks the industry faces is crucial.

Some investors are betting psychedelic stocks could be the next big thing. But understanding the risks and opportunities present in this sector — before you invest — makes you a savvy DIY-er.

DISCLAIMER: The information contained herein has been provided by TD Direct Investing and is for information purposes only. The information has been drawn from sources believed to be reliable. Graphs and charts are used for illustrative purposes only and do not reflect future values or future performance of any investment. The information does not provide financial, legal, tax or investment advice. Particular investment, tax, or trading strategies should be evaluated relative to each individual's objectives and risk tolerance.
TD Direct Investing is a division of TD Waterhouse Canada Inc., a subsidiary of The Toronto-Dominion Bank.
All trademarks are the property of their respective owners.
® The TD logo and other trade-marks are the property of The Toronto-Dominion Bank.