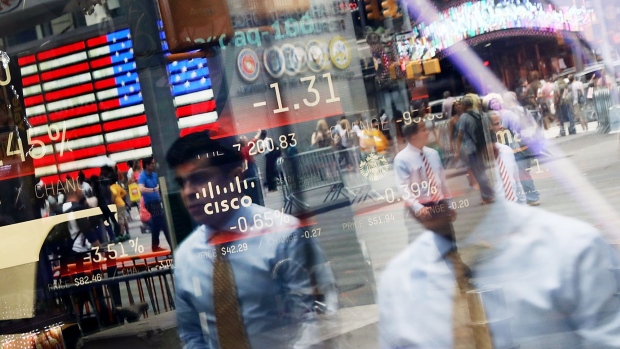 People are reflected in the window of the Nasdaq MarketSite in Times Square on July 30, 2018 in New York City. , Spencer Platt/Getty Images North America

Investors are ditching the largest tech ETF at the fastest pace in 20 years.

The US$122 billion Invesco QQQ Trust Series 1 (QQQ) exchange-traded fund suffered its biggest daily outflow since October 2000, losing almost US$3.5 billion on Friday, according to data compiled by Bloomberg.

The tech-heavy fund, which tracks the Nasdaq 100, is suffering outflows after the sector’s massive rally over the past few months. The index just faced a third weekly loss and is on track for its worst month since 2008, a turnaround spurred by lofty valuations, persistent unemployment and a congressional stalemate on further stimulus.

“There is more of a concern that in equity markets we shouldn’t be priced to perfection anymore,” said Brian Nick, chief investment strategist at Nuveen. “That’s the pullback you’re really seen, especially with the stocks with the higher valuations.”

At the same time, there’s also evidence that some risk-tolerant traders are seeking to position themselves for a quick reversal in fortune, piling into a triple-leveraged version of QQQ that’s become popular among day traders. The US$7.9 billion ProShares UltraPro QQQ (TQQQ) notched a third straight week of inflows.

“Industrials, materials and the transportation companies started to outpace the broader market months ago, and those cyclical factors still have the most momentum, even in this selloff,” said James Pillow, managing director at Moors & Cabot Inc. 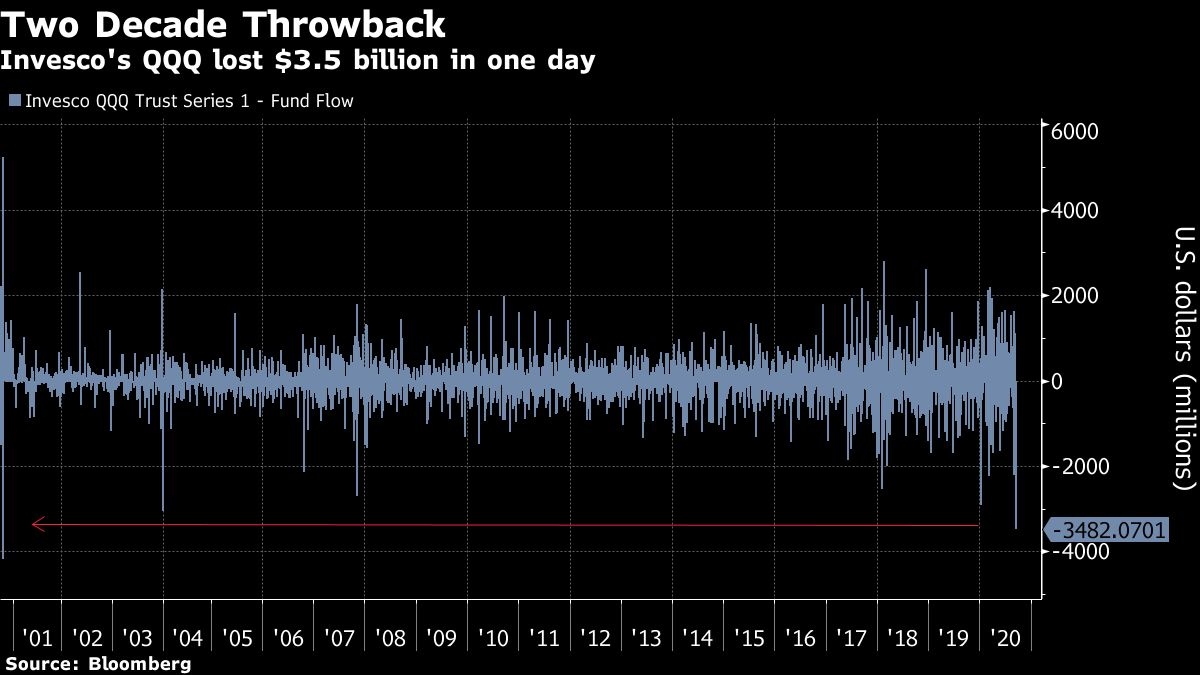