Investors poured the most money into cash since April 2020 on fears of a looming recession, but stocks could see further declines as they don’t fully reflect that risk, say Bank of America Corp. strategists.

Equities are rebounding this month after slumping in the previous three quarters, fueled by optimism that weaker-than-expected data will prompt the Federal Reserve to soften its outlook on rate hikes. The S&P 500 is on track for its best week since end-June, with payrolls data later Friday seen as pivotal to determine the course of policy.

Wall Street is “rebelling against” policy tightening, Bank of America strategists led by Michael Hartnett wrote in the note. And although the rally could keep going in the short term, helped by technical levels, markets are likely to see new lows in October as the specter of recession pressures corporate earnings, they say. 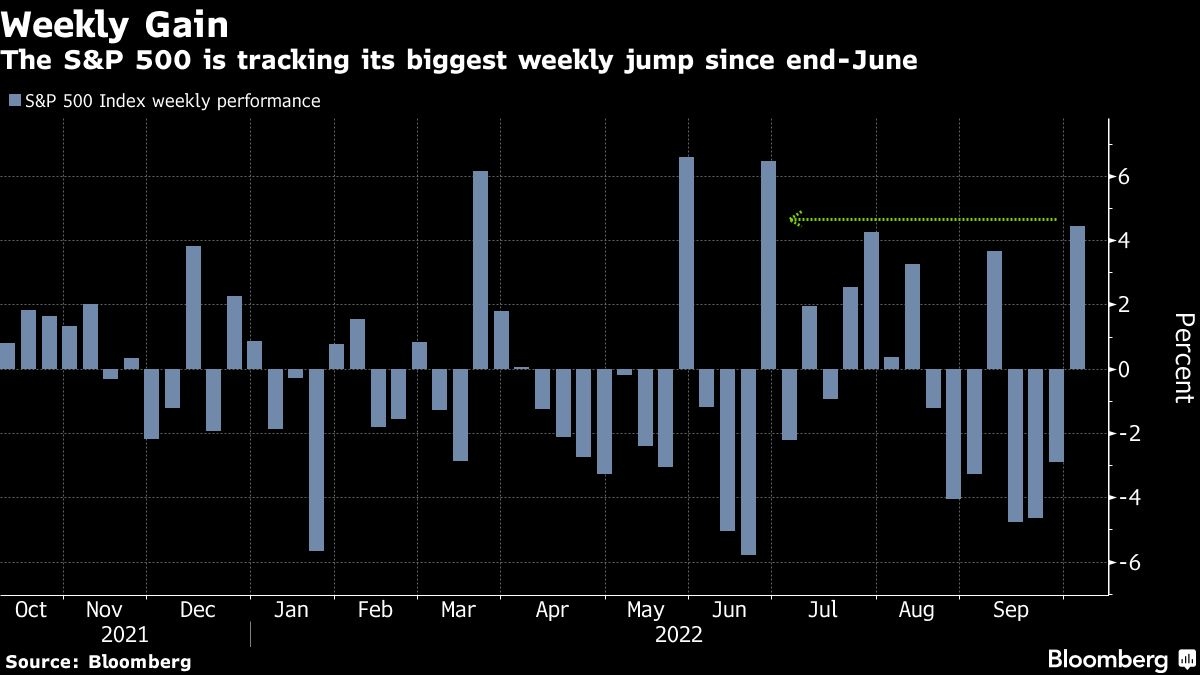 It’s “so tempting to be contrarian bull” given the rout in bond markets and cheaper US stock valuations, Hartnett wrote, but warned that his base case calls for a “hard landing” in the economy.

Some of his counterparts share the view that stock markets haven’t yet hit a bottom. Credit Suisse Group AG strategists said this week that earnings faced an “extreme” risk and that stock funds had yet to see “significant” outflows -- all implying further declines in the S&P 500. Citigroup Inc. strategists led by Hong Li, meanwhile, said U.S. equities had only just started pricing in an economic contraction.

Bank of America’s report also showed that more than US$18 billion left bond funds. In Europe, equity outflows continued for a 34th straight week, in the longest streak since 2016. By trading style, U.S. value and large caps had inflows, while growth, mid caps and small caps all saw redemptions. Among sectors, real estate had additions of about US$100 million, while US$2.4 billion left materials.